The Leftist ‘resistance’ is a lost cause, but what about his opposition on the right?

Supposed Ted Cruz had been Obama’s successor to the Oval Office. Wouldn’t the bowtie pundit class be dancing on the ceilings if they could boast the very same track record we’ve got just little more than a year in?

The Iran Deal in tatters, three American hostages safely returned from North Korea, which now offers to denuclearize and end the Korean War after 68 years, five top ISIS leaders captured — and that’s just this week. On the domestic front, in just a year-and-a-half, landmark tax reform has made the U.S. more competitive, fewer illegal aliens are entering our country than at any time in the past 17 years, and dozens of federal judges have taken the bench to defend the rule of law and our constitutional system. According to a poll from CNN of all outlets, more Americans today think the country is headed in the right direction than at any time in over a decade.
Source: DailyWire

And that’s without even mentioning the jobs boom or how Kanye is tearing down the wall that makes it ‘wrongthink’ for People of Color to look beyond the empty promises of the Democrat party.

What a TIME to be alive!

But somehow, there are still Republican(?) holdovers who look for every possible reason to criticize him and throw the administration under the bus.

The People of Israel are thanking Trump.

The People of Iran are thanking Trump.

The President of South Korea has suggested Trump might be deserving of the Peace Prize.

But his own party can’t get behind him? 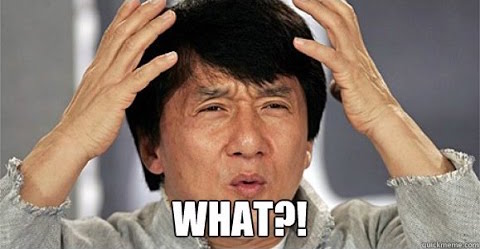 We know the reasons that were given for opposition to him.

He was called a ‘third party’ candidate, or a wolf in sheep’s clothing. Others thought he would destroy conservatism as a movement. Or that he would ‘diminish the office’ that was so ‘ably represented’ by cigars and a blue dress not so very long ago.

After 17 months, not only have none of those fears come to pass, but indeed all available evidence points in precisely the opposite direction: excellent governance at home, peace through strength abroad, and a long-absent hopefulness in the hearts of Americans.

Reality has refuted the “Never Trump” premises. That fact ought to be a cause for celebration among all but those who wish our country ill. Nevertheless, some still stubbornly hope President Trump will fail our country so they can avoid the indignity of having been wrong. But changing one’s mind in the light of new evidence is no vice; and consistency in the defense of fantasy is no virtue.
Source: DailyWire

Knowles, who we’ve quoted in this article, started out by supporting Candidate Ted Cruz. But after Trump took the primary he quickly saw Trump’s leadership potential.