The Media (D) is going nuts saying that this is a result of the end of the nuclear deal.

After all, these are  the ‘moderate’ Iranians that Barry negotiated the dumpster-fire of an Iran Deal with:

Remember, those are not the average Iranian citizen, those are the Iranian lawmakers burning Old Glory and chanting ‘Death to America!’

Less than a day after President Trump announced that the U.S. was going to pull out of the Iran deal, Tehran launched a direct attack on Israel. 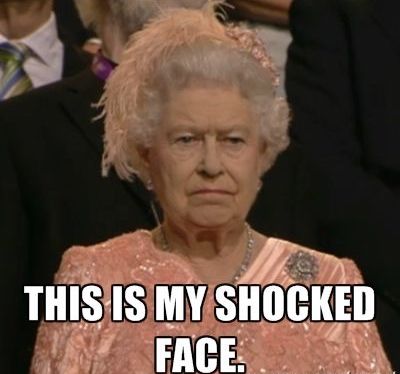 If reports are accurate, this would be the first time that Tehran used Iranian troops rather than proxies such as Hezbollah militants. It is being reported that the attack was carried out by the Quds Force, an external arm of Iran’s Revolutionary Guards.

Israel was having none of that, so they retaliated with much better success.

Israel said the Iranian rockets were either shot down by its Iron Dome air defence system or fell short of the Golan targets, claiming the Quds Force, an external arm of Iran’s Revolutionary Guards, carried out the launch.

Israel won’t be easily pushed around.

‘They need to remember the saying that if it rains on us, it’ll storm on them. I hope we’ve finished this episode and everyone understood.‘

The incoming attack set off air raid sirens in the Israeli-controlled Golan Heights, which was captured from Syria in the 1967 war.

People in Metula, a town in northern Israel, were reportedly asked to enter ‘secure areas’ following an explosion in the area.

While the IDF blames Iran for firing the initial barrage of rockets into the Golan Heights, Syrian media claims Israel fired first.

And the Leftists suggest that this Iran deal was negotiated in good faith.

Is it good faith if they turn on Israel five minutes after America nixes the deal?

Perhaps Tehran was upset that Mossad broke into Iran and stole a half a ton of  Iran’s nuclear plans from a secret facility and brought them back into Israel in one night.

The entire presentation by Netanyahu can be summed up in one image: 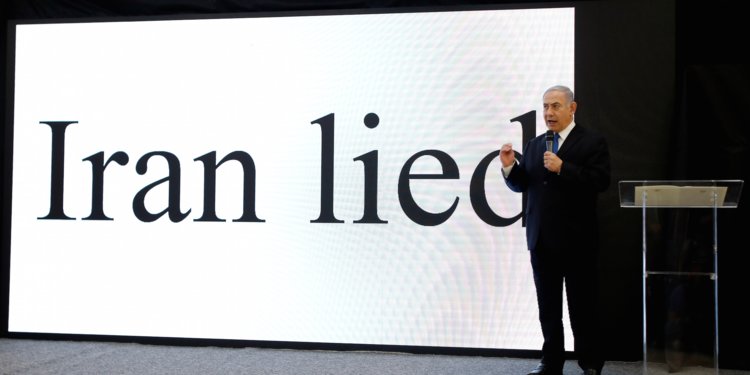 That is precisely why we should be cautious in our dealings with Iran.