Did this guy think that he was the prophet Daniel and could waltz into the lion’s den without them attacking?

A 67-year old British man was attacked by a massive South African lion at a wildlife park.

The man that was attacked has been identified as the owner of the South African park.

Marakele Predator Park was established in 2010 by Mike Hodge and his wife, Chrissy. In 2003 they had started a lion conservation project in South Africa which eventually led them to create the predator park. The park currently has over a dozen big cats, including white lions, cheetahs, and two Bengal tigers. Guests can stay in tents furnished with beds and an en-suite bathroom including a shower.  The website states that each night, guests  ‘will be able to hear the lions roar, hyenas laugh, and jackals calling.’

Hodge entered the lion enclosure to investigate a smell that was upsetting one of the lions.

That was a bad idea.

The attack was caught on video by horrified onlookers.

The video of the attack, filmed at the Marakele Predator Park in South Africa, shows Mr Hodge entering the lion’s enclosure.

‘Mike and one of his rangers were a little concerned about a smell in a compound that was upsetting one of the lions and had gone in through the gate to see what was causing it,’ the friend told The Sun.

‘He is no fool around lions and knows how to interact with them but clearly something went wrong’.

Witnesses watch in horror as the animal pursues him towards the metal door to the pen – at the park believed to be nine kilometers from Thabazimbi.

Onlookers scream as he is dragged back by the beast. The hulking animal claws at the man – who goes limp in its grip.

The lion drags the man farther into the enclosure, into some bushes and onlookers scream for help.

In the video, one of the spectators continually calls for someone to get a rifle.

Shouldn’t that be standard equipment when you’re around these powerful predators?

It was a shot fired that scared the lion away from Hodge.

Then, suddenly, a shot rings out – thought to be from a warden’s gun. The lion drops its prey and runs for cover.

A woman is heard howling in horror at what she has just witnessed while another man is heard shouting ‘get a rifle’.

The big cat is thought to have been put down in the wake of the grisly attack.

You’d think that a guy that owns the park would know that it’s a very bad idea to get into the enclosure with a lion.

Fortunately, Hodge is recovering in the hospital. He sustained injuries to his neck and jaw in the attack. 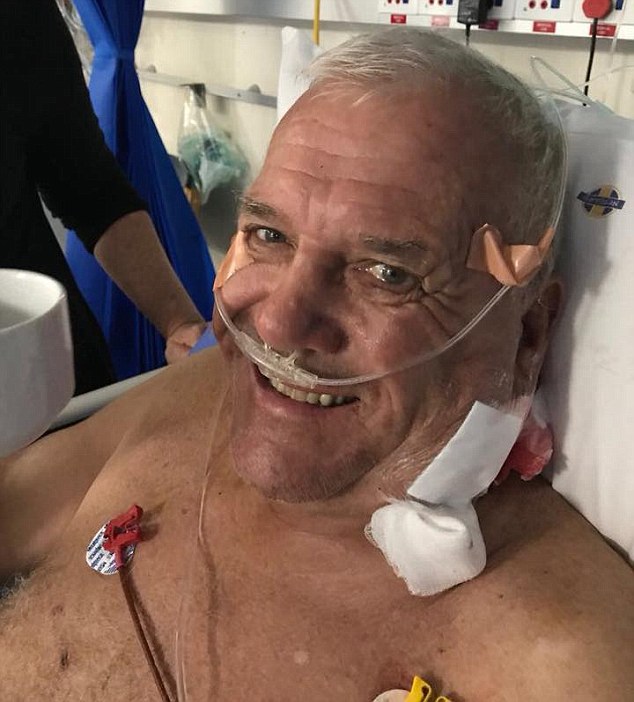 These animals are dangerous, and we should always remember that.

For example, here is a child that would have been a nice light snack for a lion if the safety glass hadn’t been there.

That’s not ‘cute’. That’s a lion going after an easy target.