The activist Left is pushing to toss out the concept of civil disagreement. There is only one viewpoint that will be permitted by Leftists — their own.

If you dare oppose their ideology, they’ll not just get all up in your face these days, they might actually get violent.

We’ve seen everything from alleged journalists to an elected member of Congress call for aggressive action against those with whom they disagree.

This is horrible for America — the place that was once the beacon of Liberty to the world.

Watch Tucker Carlson lay it all out:

The Left has applauded the rise of Antifa because it calls itself ‘anti-fascist’. It doesn’t matter that the no-platforming, the shouting down, and the violent outbursts that they incite are themselves fascistic, it’s all in the name. If it says it’s ‘anti-fascist’ it must, therefore, be anti-fascist.

They do the same thing with ‘women’s reproductive rights’ — that is the nice euphemism for in-the-womb baby killing.

Now they’re calling for violence against those with whom they disagree. After all, you can’t be civil to ‘fascists’, right?

Instead of being adults and putting the brakes on this nonsense, many on the ‘tolerant Left’ are doubling down.

Heaven forbid that you have a difference of opinion on public policy.

The Left, just like with many other issues, has not thought through this new call for violence, however.

If you start some sort of violent conflict with the people that are advocating for the Second Amendment, is that going to end well for the delicate little progressives that don’t know which bathroom to use? 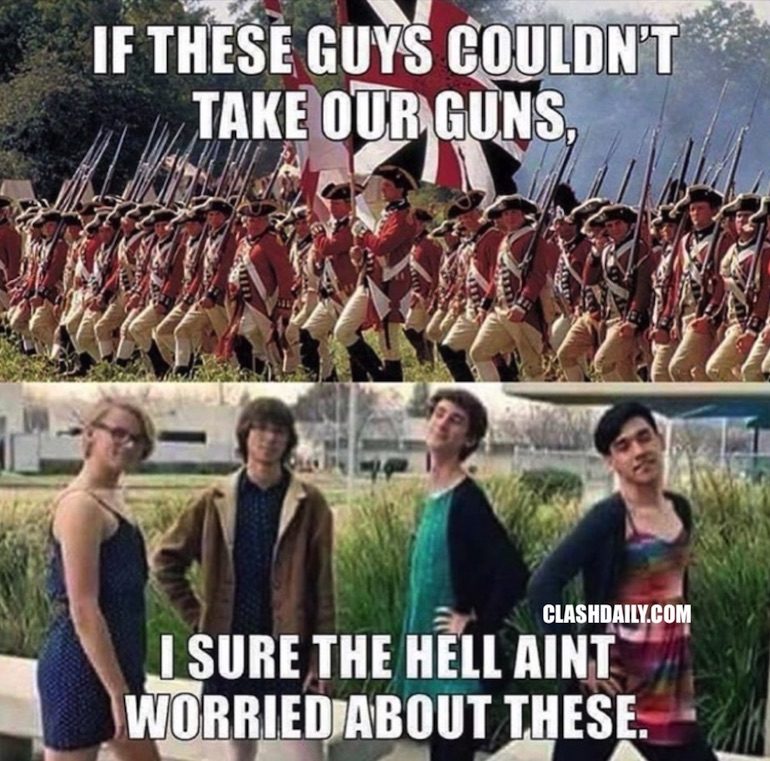 Are you concerned with the calls for violence?

The Left Is Now Physically Threatening You - Are You Scared?