Yet another ‘not-fake’ media outlet apologizes for fake news. Notice the one thing they all have in common?

Fake news has been all the rage since Trump’s election, right? Tech Giants have demonetized videos and changed algorithms to suppress ‘new media’.  Fact-check sites have popped up to denounce news stories they disagree with. And many good right-of-center news sources have bled red ink because of it. Some even closed their doors.

Those who work for the ‘legacy media’ — TV and print — get their panties in a wad every time Trump, or the rest of us, denounce them as fake news. But yet again, they got caught with their hand in the cookie jar.

All of the outrage we’re seeing over Immigration? Some of that outrage is about stories that never even happened. A good example is Time’s magazine cover. 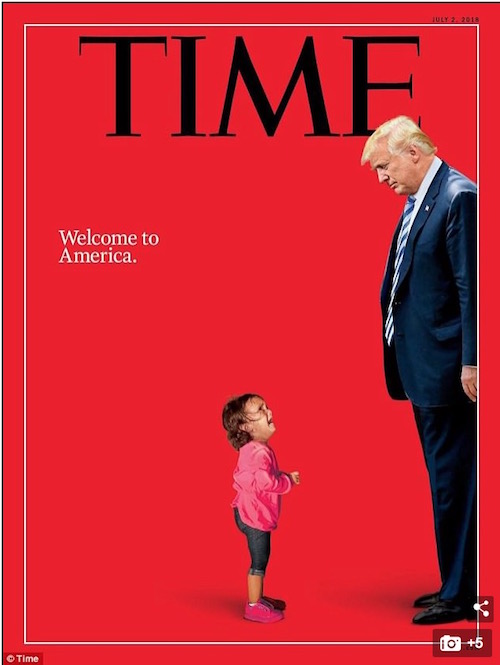 The problem with this cover is that it’s not real. The picture isn’t real, and neither is the story it’s telling. It’s made up.

‘The original version of this story misstated what happened to the girl in the photo after she (was) taken from the scene.

‘The girl was not carried away screaming by US Border Patrol agents; her mother picked her up and the two were taken away together,’ the magazine said.

Editor-in-chief Edward Felsenthal stood by using the picture, saying that while Yanela herself may not have been taken by agents, the photograph and her desperation in it encapsulates the mood of the issue.

‘The June 12 photograph of the 2-year-old Honduran girl became the most visible symbol of the ongoing immigration debate in America for a reason: Under the policy enforced by the administration, prior to its reversal this week, those who crossed the border illegally were criminally prosecuted, which in turn resulted in the separation of children and parents.

‘Our cover and our reporting capture the stakes of this moment.’

As a propaganda piece, Pravada would be proud.

What’s the problem with that cover? The story about the little girl was completely bogus. 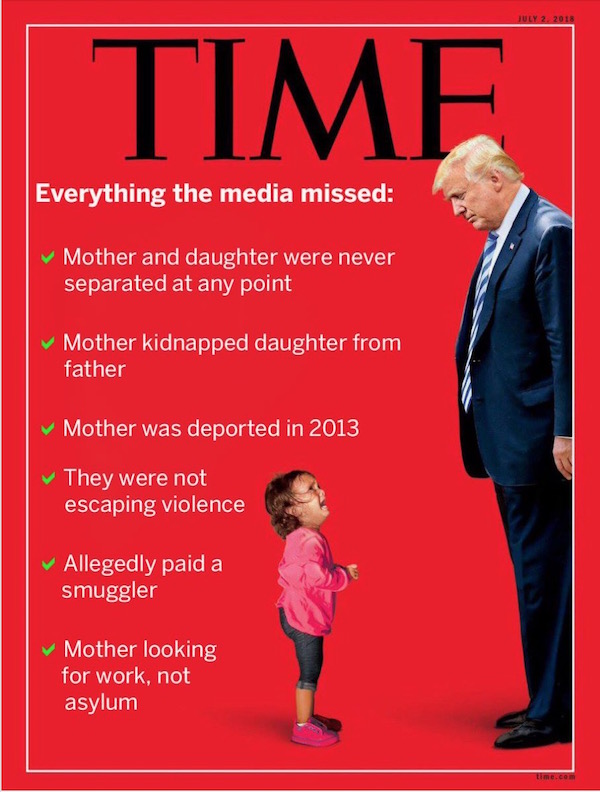 The whole point of a free press was so that they would uncover and ‘Report’ the story, not script it. Isn’t that why they call themselves ‘reporters’?

Reality check: As Reuters and the Washington Post have now reported, the girl, Yanela, was never separated from her mother, Sandra Sanchez. They are currently together at a facility in Texas.

What is the net effect of this propaganda? Beside driving policy?

The photo was used on a Facebook fundraiser that drew more than $17 million dollars in donations from close to half a million people for the Refugee and Immigrant Center for Education and Legal Services (RAICES), a Texas-based nonprofit that provides legal defense services to immigrants and refugees.

Oh, one other thing… they’ve managed to ‘change the channel’ from that damning IG Report exposing Democrat-friendly corruption in the DoJ.

Isn’t it fortunate that the Left-wing media machine is protecting us all from the scourge of fake news?

It only leaves one question answered… about that ‘one thing they have in common’.

Is there even a single example of a story released by the big media corps that was wrong about Trump by being overly sympathetic to his side of a story?

Take as long as you need to find an example. We’ll wait.

This Time magazine cover was...