Forty-Seven beaches have been closed. Unfit and unsafe for human use.

Yes, you read that right. New Jersey authorities have declared 47 beaches unfit for human use.

What was the cause? 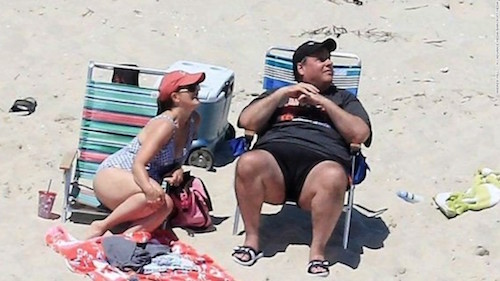 No, as fun as it would be to give that answer… it wasn’t him.

After the rains in New Jersy, the fecal count was WAY high in 47 New Jersey beaches. The oceans are expected to disperse the problem fairly quickly, and swimmers will be welcomed back soon enough. If you can get past the idea that they were closed for having too much poop in them, that is.

Some have already been re-opened.

Here’s a list of the affected beaches. Keep that list in mind the next time you plan to hit the beach after a rainstorm.

You might be in for an unpleasant surprise… other than the possibility of seeing Christie in beachwear, that is.

Speaking of poop, here’s something we’ve all wondered for a long time, but it looks like medical science has finally determined the problem.