There’s yet another dead Clinton critic. Whether it’s coincidence or conspiracy — you decide.

If only one or two Clinton critics had met untimely ends, probably people would chalk it up to coincidence and move on.

The reason this particular conspiracy theory (if indeed, that’s what this is) has something to do with how MANY such coincidences have been racked up.

We’ll come back to that thought, and the list of coincidences. But here’s the latest such coincidence.

It has been ruled ‘natural causes’. Normally, that would be the end of it, right?

Liberal commentator and former MSNBC host Ed Schultz has passed away at the age of 64.

After leaving MSNBC, Schultz signed with RT America to produce “The News with Ed Schultz.” Schultz and his new show were criticized by many of his fellow progressives for taking a new positive tone towards both Russian President Vladimir Putin and Republican President Donald Trump.

Here’s something he said about Hillary.

Some are already pointing to this as a possible reason to call this death at a comparatively young age worth taking a closer look at: 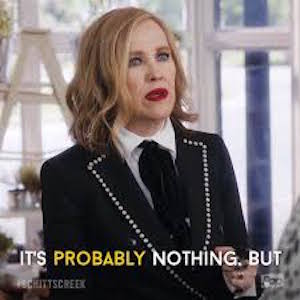 Back in 2016, while we were talking about the list of such coincidences, we made this observation:

How many Clinton coincidences would it take to move us beyond Conspiracy-theory territory and into the plausible correlation of these suspicious deaths?

In Typhoid Mary’s case, she was the common denominator in 51 infected people. With a name that went on to be so infamous that it is mostly known by the disease she carried, how many deaths were attributed to her? Exactly three.

Fifty-one illnesses and three deaths were enough correlation for us to figure out that Mary Mallon (to give the woman her name back) was an asymptomatic carrier of Typhoid fever.

Why is that number important? It is important because there is now a list of 47 people – with Clinton connections- who turned up dead under questionable (and violent) circumstances, often labeled suicide.
Source: Don’t Make Hillary MAD … It Could COST You Your Life

We’ve got the full list (or pretty close to that full list) of past coincidences below, but first, we’d like to hear from our readers about the so-called ‘Clinton body count’.

The Clintons definitely have a long list of unfortunate souls who crossed the wrong politicians.

Here is a list of all the mysterious deaths involved with the Clintons:

48- World-renowned ‘space economist’ Molly Macauley, 59, was brutally murdered in Baltimore.  Macauley had testified before Congress many times.  She was a Vice President at Resource for the Future, and an adjunct professor at Johns Hopkins University.  She was stabbed to death while walking her dogs in a Baltimore Park. The crime remains unsolved.  Her name on this list is because of her ties in Washington, as well as her death was just days before the murder of Seth Rich.

49 – Seth Rich – Democrat staffer shot in a ‘botched robbery’. Found with his watch, wallet and iPhone.

Possible connection to WikiLeaks.  <a href=”https://clashdaily.com/2016/08/another-mysterious-death-man-served-papers-dnc-fraud-case-found-room-temperature/“>See our coverage here</a>

50 – John Ashe – former U.N. President found dead days before testifying in court over a Clinton-related scandal of over $1 billion

51 – Victor Thorn – author of several anti-Clinton books was found on a hilltop near his home where he killed himself on his birthday.

53 – Peter W. Smith, a Republican operative that had just spoken to the Wall Street Journal about his efforts to obtain Hillary Clinton’s emails from Russian hackers was found dead of a ’suicide’ just days after speaking to the Journal.  He was found with a bag over his head with a source of helium attached.  There was a note left that said, ‘NO FOUL PLAY WHATSOEVER’.

54 – Klaus Eberwein, 50, a former Haitian government official was found dead in a Miami hotel room with a gunshot wound to the head a week before he was expected to expose the extent of Clinton Foundation corruption and malpractice.  He was scheduled to testify at the Haitian Senate Ethics and Anti-Corruption Commission on July 18 2017, but was found dead on July 11.  Eberwein was openly concerned that his life was in danger.  Last year at a protest outside the Clinton Foundation headquarters in Manhattan, he said, ‘The Clinton Foundation, they are criminals, they are thieves, they are liars, they are a disgrace!’  A friend of Eberwein saw him 2 weeks before his death said that he was ‘in good spirits’. The pair was working on opening a pizza restaurant, in Sunrise, FL.