About that ‘politically divisive’ discourse? It was impossible to ignore this enormous pro-violence banner. Unless you were willfully blind to it.

There was a GREAT BIG BANNER telling all the world what their true feelings are.

In case you needed help figuring out who has the real violent intent, here.

"It takes bullet to bash fash."

Let me remind you that Antifa believes everyone right of Stalin to be a fascist.

This is open incitement of violence.

The left needs to disavow.pic.twitter.com/wuZNTWwrWX

Don’t worry. Leftist reporters were on the scene. Here’s The Daily Beast’s coverage.

What was their big takeaway? Was the incitement to murder banner any big deal?

If their photo essay is any clue, not at all. 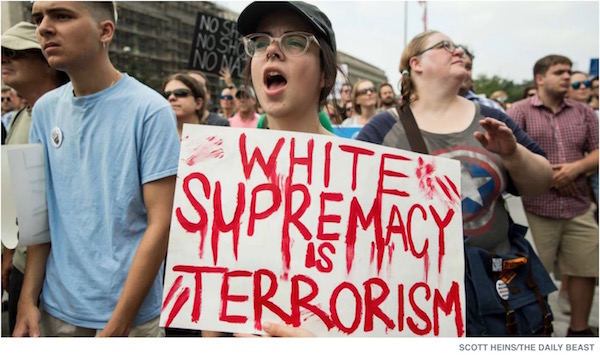 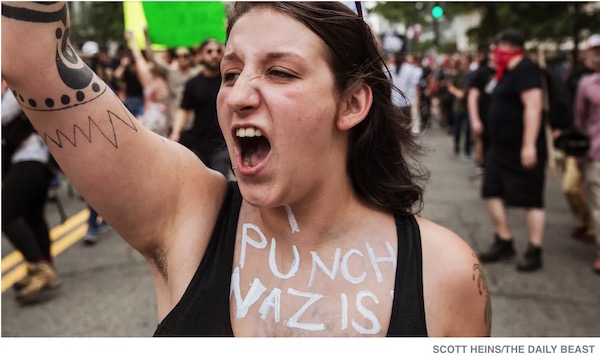 Scott seemed not to think the violent rhetoric was a big deal.

Let’s have another look:

Here’s the kind of police presence that needs to be on hand whenever Antifa comes to the party.

“IT TAKES A BULLET TO BASH A FASH” pic.twitter.com/Jua8WRzJfj

At least some credit goes to Garrett Haake from MSNBC for being honest about what he saw:

Arriving on the scene: Antifa

That big sign reads “It takes a bullet to bash fash” pic.twitter.com/z0PFkN2sAv

At least he acknowledged the sign, even if the photo was, as it were, ‘submitted without comment’.

So, what does the political climate look like today?

People have been harassed or assaulted.

Journalists and cops were roughed up by the leftist rioters.

We’ve even seen assassination attempts. Scalise, you know about. Did you hear reporting about the mass shooting they disrupted a few months ago? One would-be gunman faces charges for plans to hit up a Trump Rally and murder the President.

All of this by political activists who think they’re doing society a favor in the process.

When will the Media(D) stop running interference for their ideological buddies, and start calling them out for their bad behavior?

What possible excuse might the Media(D) have for having nothing critical to say about one American threatening to murder another?

The “resist” crowd loathes her. Patriots love her.

But love her or hate her, she’s Making America Classy Again.

ClashDaily’s Big Dawg, Doug Giles, has another portrait inspired by the Trump era, and it’s fantastic.

Now he’s revealing his portrait of our lovely First Lady.

You can get a copy in the ClashDaily Store. 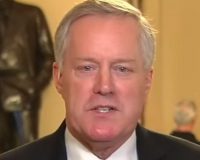 Mark Meadows Has Some Choice Words For Moderate GOP Senators And It’s Brutal, “Voters Will Make You PAY If You Back Impeachment Witnesses”
January 29th, 2020 Right Wing Tribune

Finland: Woman Complains About Finnish Men – She is Murdered By Her Muslim Migrant Boyfriend
January 28th, 2020 Sons of Liberty Media