Don’t look now, Libs, but that Blue Wave you’ve all been counting on just switched color.

It’s a trend so predictable that it’s become a political axiom. In Mid-terms, the out-of-power party always gains strength.

Well, so much for THAT ‘axiom’.

The Democrats are getting their excuses lined up already:

While so many people are trying to read the tea leaves in Polls, one hard numbers guy is taking a very different approach. 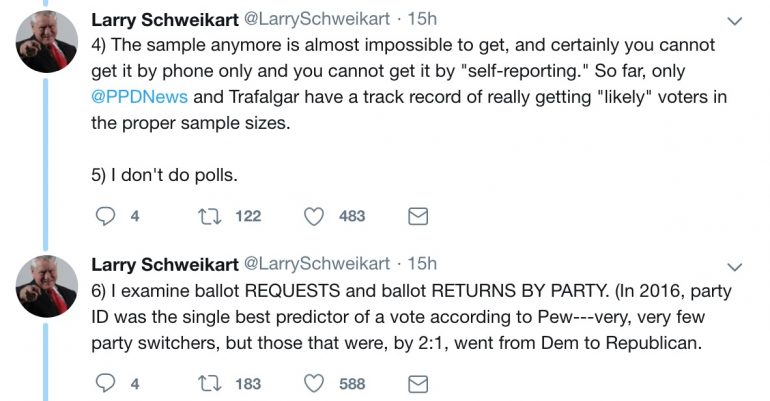 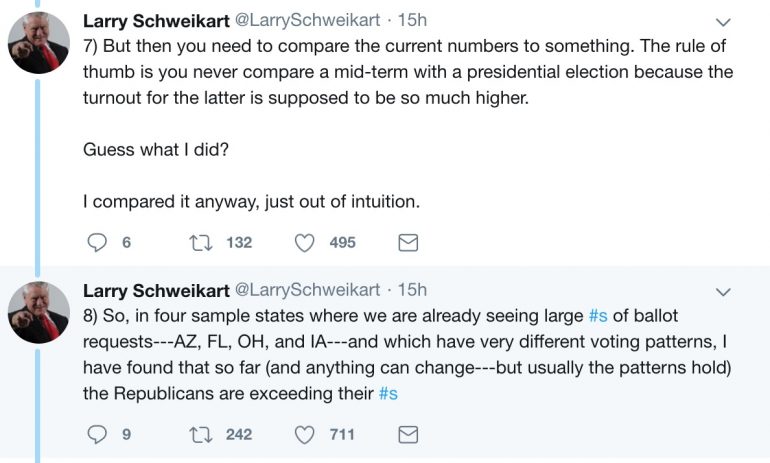 Will any of this be reflected in the standardized polls?

That’s a hard no. 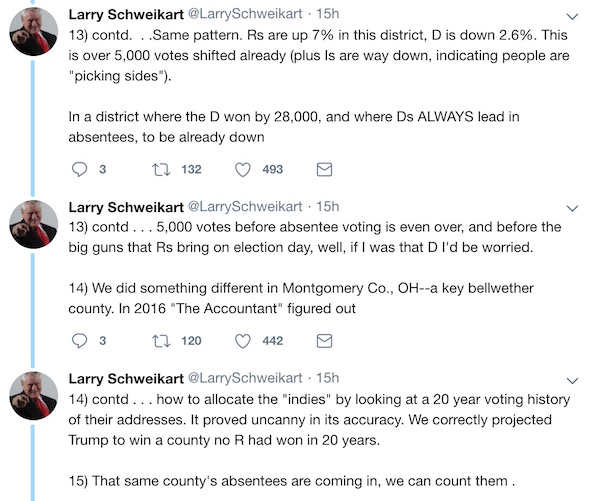 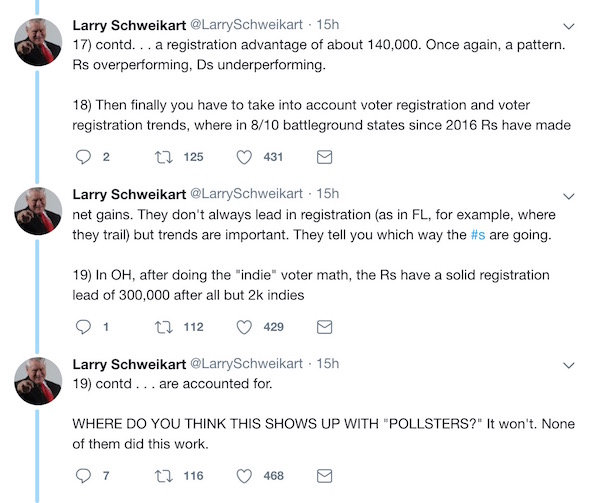 If you thought the Left was triggered by being shut out of power for the FIRST two years of Trump’s Presidency, can you imagine how upset they’d be if they also get shut out for the NEXT two?

If the trend plays out as he thinks, that heartbroken newsroom footage is going to be like a fine wine.

He is, once again defying all political odds, and is whipping up strength down-ticket on the Mid-terms.

He stuck to his guns over Kavanaugh and convinced the Senate to do the same, and the polls are showing it!

Not long ago, the Media(D) were excitedly chattering about a blue wave. Then the gap narrowed.

The art on his board is a nice touch, too.

Get your own print today.