As entertaining as the ‘colors of the wind’ and others have been, this one HAMMERS the libs where it hurts.

It kicks them right in their… ideology.

It’s like they are trying to bend reality to their imagination.

If you’re confused about why that doesn’t work, try doing that from a third-floor balcony. We promise, won’t end well. The fall probably won’t kill you, but you’ll soon have plenty of down time to consider the error of your ways.

Bend reality to their imagination?

Check out this handy chart and just try to tell us otherwise. 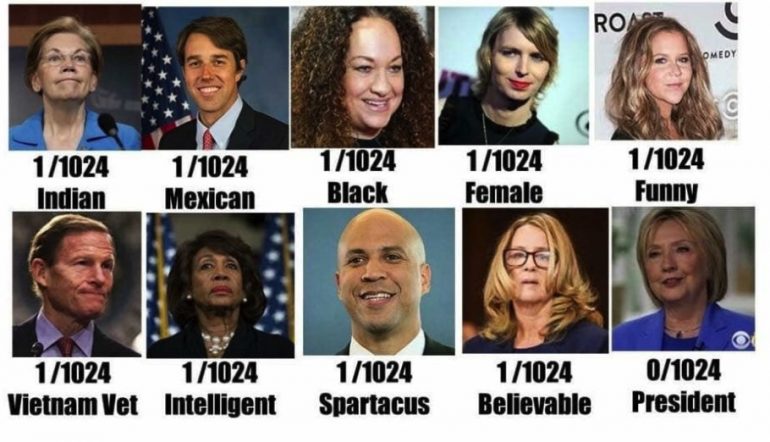 They’re a party of fakers and frauds. (Some of them literally charged with fraud, or other crimes.)

A white girl pretending to be a black activist.

Bradley ‘Chelsea’ Manning — who put the ‘Trans’ in transgression.

There are other good ones missing from this list, too.

Linda Sarsour bragged that the hijab magically turned her from being a white girl to a PoC.

Keep that in mind on voting day.