The Militant Left and their buddies in the media have been desperate to paint Trump and his supporters as evil, violent, and divisive.

They point to one half-baked moron targeting Democrats with non-functional mail bombs and suggest that Trump fans — generally — are somewhere between dangerous and deranged.

That’s more than a little dishonest, especially since — at last count — there were upwards of SIX HUNDRED instances in which John Nolte has identified threats or actions taken against Trump and his supporters since he first came down that escalator.

It’s a loooong list, and certain to get longer, and every instance is hyperlinked a report on the event it describes.

Blank lines are where we skipped some of Nolte’s examples. Have you noticed that the list so far only takes us back to the 30th of September? 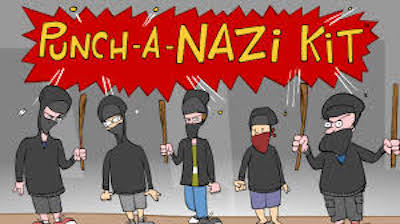 There are a lot more where that came from.

August 1, 2018: Woman charged with trying to hit man with her car over Trump sticker

July 15, 2018: Former Clinton WH Staffer: It’s ‘Tempting’ to Beat up Rand Paul [who had already been hospitalized and assaulted in his own yard in another incident]

June 28, 2018: Journalist lies about Maryland mass-shooter being a Trump supporter.

June 25, 2018: Sen. Cory Booker (D-NJ) calls on mobs to confront Trump officials over immigration policies. [Way to use your political platform for the public good.]

Everything above this came AFTER Mad Maxine’s little Tirade about ‘getting in their faces’. Great job, exercising your influence there too, ‘aunty Maxine’.

There are a great many more, as you might imagine.

Nolte’s complete (ongoing) list can be found here, and at this point stretches back to September 2015.

Documented ‘assassination’ talk about Trump goes right back to November 2015, long before he even won the primary.

You could add to that the deliberate attempts by left-wing activists to incite the Trump side to violence, and catch it on video. Activists that worked (indirectly) for Hillary’s team. 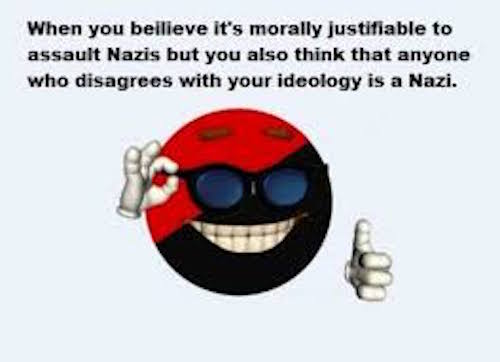 WATCH: The Chick Who STARTED Chicago Trump Riots Was Getting PAID By …

What does the average voter do about this disturbing trend?

Simple: mobilize the vote and shut them out of power until they master that kindergarten skill of learning how to work and play well with others.

What would that result in?