As ClashDaily has previously reported, Facebook has not been guarding user data as well as they would have their customers believe.

In response to the NYTimes expose, Facebook moved to damage control mode. From one of their blogpost responses:

People could message their friends about what they were listening to on Spotify or watching on Netflix, share folders on Dropbox, or get receipts from money transfers through the Royal Bank of Canada app. These experiences were publicly discussed. And they were clear to users and only available when people logged into these services with Facebook. However, they were experimental and have now been shut down for nearly three years.

Specifically, we made it possible for people to message their friends what music they were listening to in Spotify or watching on Netflix directly from the Spotify or Netflix apps (see screen shots below), to message links to Dropbox folders (like a collection of photographs) from the Dropbox app, and to message receipts from money transfers through the Royal Bank of Canada app.
Source: Facebook

To put it simply, this work was about helping people do two things. First, people could access their Facebook accounts or specific Facebook features on devices and platforms built by other companies like Apple, Amazon, Blackberry and Yahoo. These are known as integration partners. Second, people could have more social experiences – like seeing recommendations from their Facebook friends – on other popular apps and websites, like Netflix, The New York Times, Pandora and Spotify.

…Did partners get access to messages?
Yes. But people had to explicitly sign in to Facebook first to use a partner’s messaging feature. Take Spotify for example. After signing in to your Facebook account in Spotify’s desktop app, you could then send and receive messages without ever leaving the app. Our API provided partners with access to the person’s messages in order to power this type of feature. (Update on December 19, 2018 at 5:15PM PT: For more on Facebook’s messaging partnerships, see VP of Product Partnerships Ime Archibong’s post.)

Why did some partners have access to data as late as 2017, even after instant personalization was shut down?
Instant personalization only involved public information, and we have no evidence that data was used or misused after the program was shut down. However, we shouldn’t have left the APIs in place after we shut down instant personalization. We’ve taken a number of steps this year to limit developers’ access to people’s Facebook information, and as part of that ongoing effort, we’re in the midst of reviewing all our APIs and the partners who can access them. This is important work that builds on our existing systems that track APIs and control who can access to them.

Sure. Everything’s on the up-and-up. No really.

Oh, that settles it then. Of course.

But the blog post also claimed that: ‘No third party was reading your private messages, or writing messages to your friends without your permission.

‘Many news stories imply we were shipping over private messages to partners, which is not correct,’ the Facebook blog added.

Zuckerberg previously said ‘We don’t sell data to anyone’ when he stood before Congress in April.

But a new New York Times expose earlier this year revealed Facebook gave 150 companies access to hundreds of millions of users’ data without their knowledge or consent.
Source: DailyMail

And we promised you a Russian connection, didn’t we? Unlike Mueller, we’re going to deliver on that promise. And we’ll throw in something about his claim about ‘complete control’ of content, while we’re at it:

Records show that Apple devices could access users’ contact numbers and calendar entries, even if those same users had disabled all sharing.

Apple was also given the ability to hide the fact that its devices were asking for data from Facebook’s users.

And Yandex, a Russian social media company accused of having ties to the Kremlin, could access Facebook users’ unique IDs as recently as 2017 – despite the fact that Facebook had stopped sharing them with other applications for years due to security concerns.

Facebook began dabbling in data sharing in 2009, suddenly making some of the information of 400 million of its users available to all of the World Wide Web.
Source: DailyMail 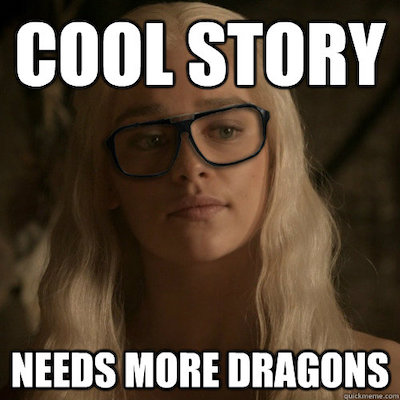 This bad news is just the latest of SEVERAL PR black eyes they’ve had lately.

Some other highlights include:

Hey Facebook: We Have Some Questions About Your ‘Tamper-Free’ Midterms

More and more people are moving away from daily FB use, or unplugging from it entirely.

Can anyone *possibly* imagine why?