What’s the good of a pretty face if it’s attached to an empty head?

Kate Hudson has two sons and her youngest is a girl.

This writer, having the same mix, can relate.

Kate Hudson has noticed that her daughter behaves quite differently from her sons, describing her as ‘incredibly feminine in her energy, her sounds, her way’. 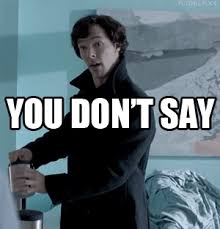 So far so good. It almost goes without saying.

Wait — what did she say right BEFORE that?

Of course she did.

“I will say that, right now, she is incredibly feminine in her energy”

In the interview at AOL:

But does having a baby girl make you do anything differently or change your approach at all?

It doesn’t really change my approach, but there’s definitely a difference. I think you just raise your kids individually regardless – like a genderless [approach]. We still don’t know what she’s going to identify as. I will say that, right now, she is incredibly feminine in her energy, her sounds and her way. It’s very different from the boys, and it’s really fun to actually want to buy kids’ clothes. With the boys it was just like onesies … actually, I did pretty good with the boys. [Laughs] But with her it’s a whole other ball game. There’s some stuff that I’m like, “I can’t do that to her, because it’s so over-the-top.”

That’s a ridiculously stupid statement, and even SHE knows it. She gave away the game in the question she answered before that.

Your daughter, Rani, is so cute, and everyone is so happy for you and Danny. She’s your first girl, and it’s been just you and the boys [sons Ryder, 15, and Bingham, 7] for so long. Did you get any advice from your mom about raising a daughter?

No, because I was a daughter! I lived it!

She just admitted that she DOES believe there is such a thing as innate gender differences! Otherwise, what would HER gender experience have to do with little Rani’s physical anatomy, you cis-gendered bigot? (That’s how the game is played, isn’t it?)

How long do you think it will take before they realize that this whole genderfluid practice completely cuts the legs out of the Feminist Movement?

There is no objective way to distinguish women as women. Not since people who identify as ‘men’ have begun giving birth to children and a six-foot-two ‘chick’ with an adam’s apple and a clutch can throw a tantrum for being called ‘sir’.

Her words betray the fact that deep down, she doesn’t believe any of the things she claims to believe.

But she’s willing to raise her girl as though she DID believe it.

Tragic… for her daughter AND for society at large.