It’s like she’s never seen those words before in her life.

Sen. Kirsten Gillibrand (D-NY), who is a younger, cheaper version of Hillary Clinton minus the pantsuit, is starting off her 2020 campaign in a most ignominious manner.

First, there was the awkward announcement that she made on Stephen Colbert’s show:

That was just awful!

It was a glaring attempt at relevance from someone who seems to take a poll on what her values should be.

She’s changed them enough. She used to be a moderate Democrat, who supported the Second Amendment and was more conservative on Immigration. She’s marched steadily leftward as she had epiphany after epiphany of the ‘truth’ of the progressive agenda.

She’s pulled a Hillary and cast herself as the ‘voice of women’ in the race, but she has some huge problems. One is her embracing of intersectionality, which means as a white woman, she’s a lesser candidate than someone like Sen. Kamala Harris (D-CA).

And, just like Hillary, she’s attempting to appeal to certain voting blocs.

Gillibrand decided that she was going to speak about The Armor of God and used the text from Ephesians 6:10-20 as her guide.

Unfortunately for Gillibrand, this moment was captured on video.

GILLIBRAND: We will wear the belt of truth because we know the truth. We speak truth to power. We will put on the bright breastplate of righteousness because we know right from wrong, and we will not forget it. We will hold that shield of faith, as Dr. King said, faith is taking the first step, even when you don’t see the whole staircase. So hold on to that faith tightly. We will wield the sword of the spirit, the sword of the spirit is the word of God and the good book promises us the light shines on the darkness and the darkness has not overcome it.

Wow. Her exegesis needs some work. But then, it looks like this is the first time she’s ever read those words, so you can’t expect her to understand context, Biblical allusions, or even the basics of Scripture.

Seriously, is it just me, or did those words seem rather… foreign to Sen. Gillibrand?

Wow – she really struggled through that like someone who has never spoken the words a day in her life.

You got that right. That is one of the most cringe-worthy videos I’ve ever seen.

It’s almost as bad as this one:

7/10 – Hillary says she keeps hot sauce in her bag. When warned she might be accused of pandering, she admits she is pic.twitter.com/SRTDjELcwU

Senator Gillibrand was mocked on Twitter for her strange preaching.

One person said that it was ‘beyond parody’:

You have got to be kidding me. This is beyond parody.

She called out President Trump for ‘tearing apart who we are as a nation’ on Martin Luther King Day:

Oh, and by the way, it’s pretty rich that Sen. Gillibrand is suggesting that it’s the President that is dividing America along religious lines when it’s literally the Democratic party that is unConstitutionally opposing the President’s nominees based on religious grounds. Sen. Feinstein (D-CA) told Judge Amy Coney Barrett, a Catholic, during her confirmation hearing that ‘the dogma lives loudly within you’ and would thus disqualify her from sitting as a federal judge. Sen. Maizie Hirono (D-HI) and other Democrats grilled Judge Brian C. Buescher for his membership with the Knights of Columbus.

I’m sure that JFK would be so proud of his party.

After her awkward ‘preaching’ Sen. Gillibrand thanked Al Sharpton for the invite. Yes, that anti-Semitic, tax-evading, bumbling fool — Al Sharpton, for the providing the best place to ‘talk about a vision for our country’ with the ‘greatest advocates and leaders of social justice’ in America. 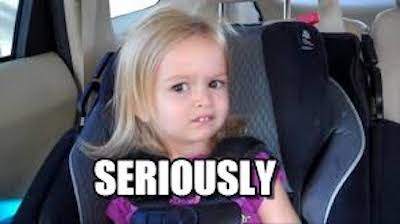 I can't think a better place to talk about a vision for our country than with one of the greatest advocates and leaders for social justice in the country today. Thank you for your generosity and friendship, @TheRevAl. https://t.co/ni4pOiDipR

Gillibrand’s run to be the Democratic Nominee in 2020 is going to be an uphill battle. A recent Quinnipiac poll reveals that she is at the lowest job approval rating among New Yorkers in nearly a decade.

A Quinnipiac University poll of registered New York voters released Tuesday found the Troy Democrat is at her lowest ratings for job approval (46 percent) and favorability (41 percent) in nearly a decade. Additionally, among potential New Yorkers running for president on the Democratic line, she is the third choice.

Gillibrand cruised to re-election in November, but “New Yorkers aren’t showing as much enthusiasm about her presidential bid in 2020,” Quinnipiac polling analyst Mary Snow said in a statement.

“Even though she has served in the Senate for a decade, roughly a quarter of New Yorkers say they don’t know enough about her to form an opinion,” she added. “That number jumps to 48 percent among young voters.”

Sen. Gillibrand was just re-elected in November 2018 and promised up and down that she was running for Senate and promised several times that she would serve the 6-year term if she won.

If she lied about that, what else is she lying about?