This statement by Rep. Hank Johnson (D-GA) might be even more stupid than when he was concerned that Guam would capsize. Maybe.

While speaking at Friendship Baptist Church in Atlanta, Rep. Johnson compared President Trump to Hitler and maligned Trump supporters by saying that they are ‘older, less educated, less prosperous‘ and that they are ‘dying from alcoholism, drug overdoses, liver disease, or simply a broken heart caused by economic despair.’ 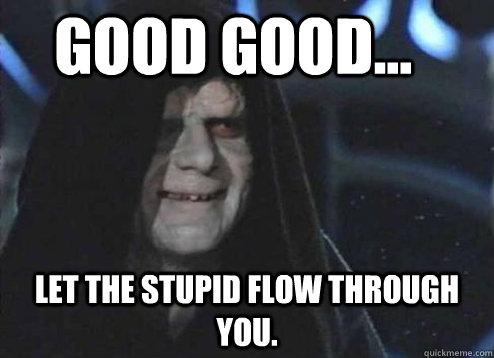 Well, Rep. Johnson absolutely has a right to have his own opinion. But, I have a right to critique that opinion. I think that Rep. Johnson, who is obviously a Low IQ Individual™, can take his opinion and shove it where the sun doesn’t shine.

Here’s the stupid that flowed through him, which it seems to happen with startling regularity.

JOHNSON: Americans elected an authoritarian, an anti-immigrant, racist strongman to the nation’s highest office. Donald Trump and his ‘Make America Great Again’ followers who want to return American back to a time when white men and white privilege were unchallenged, and where minorities and women were in their place. These folks now control the highest office of the land. Donald Trump supporters are older, less educated, less prosperous, and they are dying early. Their life spans are decreasing, and many are dying from alcoholism, drug overdoses, liver disease, or simply a broken heart caused by economic despair.

The Jewish people understand tyranny.Charismatic and a good public speaker, deceptive, and cunning, Adolf Hitler rose to power to lead Germany in 1932 after Democratic elections. He rode a wave of nationalism and anti-Semitism to power. Replace anti-Semitism with ‘all Latinos crossing our borders are rapists, drug dealers, and murderers,’ does that sound familiar?

Much like how Hitler took over the Nazi party, Trump has taken over the Republican party. Hitler was accepting of violence toward the achievement of political objectives. Trump encouraged violence against protesters at his rallies, and his messaging about Charlottesville, that there were bad people on both sides, sent a powerful message of approval to the far right racists in America.

Hitler led a political movement of anti-education, anti-science racists who focussed on nationalism with rhetoric about making Germany a strong country which would result in prosperity for the German people who were hurting due to the disruption caused by the Wall Street crash of 1929 and the effects of the Great Depression, sound familiar? His aim was to unite the blonde-haired, blue-eyed Germanic Aryan people against the Jews, the Italians, the Polish, anybody else. Hitler did not start the Nazi party, but he took over the party with charisma and leadership. The Nazis and Hilter became synonymous. Much like Hitler took over the Nazi party, Trump has taken over the Republican party. It’s now known as the Trump Republican party. Trump’s vow during the campaign, to stop Muslims from coming into our country, that became a reality, Ladies and Gentlemen.

Americans, particularly black Americans, can’t afford to make that same mistake about the harm that could be done by a man named Hitler or a man named Trump.

Let’s start with the obvious. 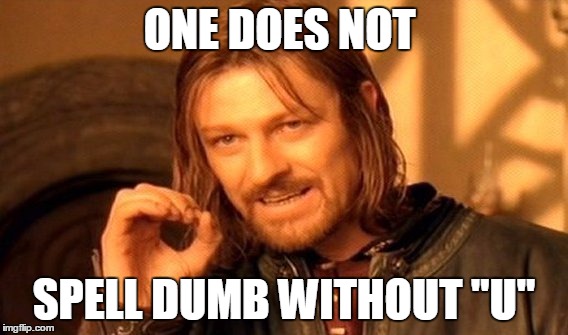 In his nonsensical rant, Rep. Johnson seems to be of the opinion that only Republicans suffer from tragedy, addiction, and job loss. He also says that Republicans are ‘older’ people.

If that’s the case, then why is the average age of the leaders in the race to become the 2020 Democratic Nomine approximately 782? Really — Biden and Bernie are at the top of the list right after None Of The Above. (Although, with the #MeToo scandal rocking the Bernie camp right now, I’m thinking he’s gonna be tossed outta there.)

Over 60 million Americans voted for Donald J. Trump. They can’t all be old, decrepit, unemployed drug addicts lying in their filth in despair. I guess people that vote Democrat don’t have any life issues, right? The 90 percent of blacks that vote Democrat are all doing well economically, socially, and are all living their best life? We all know that there are some communities, many of them historically black communities, that are economically depressed, and the people have no hope. It’s devastating. Many of these places are in urban centers that have voted Democrat for decades.

This is precisely the kind of brainwashing that Kanye West is railing against.

Rep. Johnson twice misquotes President Trump. He claims that Donald Trump said that ‘all Latinos crossing our borders are rapists, drug dealers, and murderers’ which isn’t what he said at all. That’s a completely ridiculous statement. It is true, however, that because we don’t know who exactly the people that are sauntering across the border actually are, there have been instances of gang members, drug dealers, murderers, rapists, and human traffickers coming across. That’s just the reality of the situation as it stands. That doesn’t mean that the majority aren’t economic migrants looking for a better life. That’s precisely what Presiden Trump said that the recent migrant caravan was filled with. But we cannot abandon the rule of law and our immigration policies because a few ‘bad hombres’ might well take advantage of that. We have seen enough of that kind of tragedy.

The not-so-esteemed Rep. Johnson also stated that President Trump said that there were ‘bad people on both sides’ in Charlottesville. That statement, which was an awkward one by Trump,  which he incidentally said that there were ‘good people on both sides’, actually referred to the people that didn’t want to erase history by having all Confederate monuments removed. People like Condoleeza Rice, for example. Everyone on the Left and in the Media(D) have used the Trump statement as a way to paint him as a neo-Nazi sympathizer, but that’s clearly not the case. These people are willfully blind.

Which brings us to what on the internet would be called Godwin’s Law — Trump is just like Hitler!

Rep. Hank Johnson (D-GA) repeatedly compares Trump to Hitler: "Americans, particularly black Americans, can’t afford to make that same mistake about the harm that could be done by a man named Hitler or a man named Trump." pic.twitter.com/av3zjGmPnO

Always keep in mind who this guy is:

Let’s play that classic moment was when he was concerned that Guam would capsize:

I never get tired of that.

It looks like we’ve got a few more years of Rep. Hank Johnson competing with Rep. Maxine ‘Impeach 45!’ Waters (D-CA) for the title of ‘Dumbest Member of Congress’.

Although the competition seems to be heating up — after all, Alexandria ‘Occasional Cortex’ (D-NY) is now a sitting member of Congress.

Those ladies better step up their game or Hank here is going to win hands down.

Good luck, to the candidates and may the biggest idiot win.

I seriously love these guys. They make my job pretty easy and a whole lot of fun, but not as much fun as covering the most entertaining president since Ronald Reagan.