I don’t know about Democracy dying in darkness, but her dreams of challenging Trump in 2020 just left for the Happy Hunting Grounds.

There’s no digging her way out of this hole, no matter HOW many awkward videos about cracking a beer she tries to put out there.

Bad enough that Trump goaded her into that test to show just how shady her claim of being ‘part Cherokee’ really was.

She just finished apologizing for being racially insensitive there.

But now she’s been busted faking her race since the 80’s… on official documents. 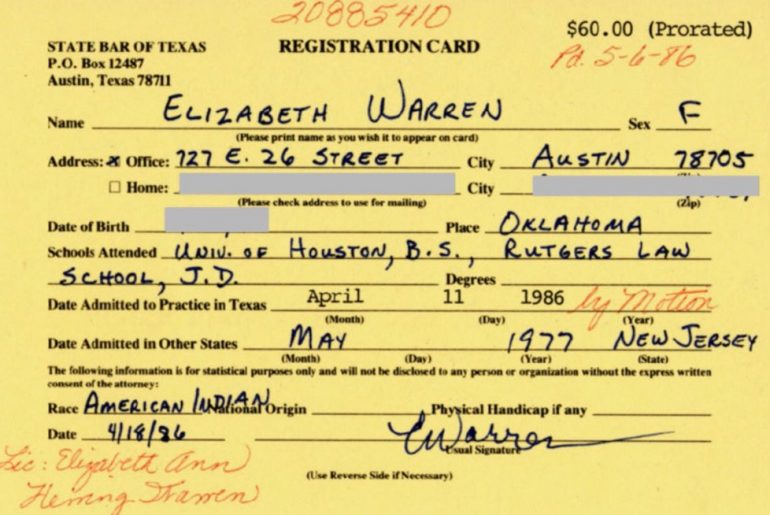 But she would never do such a deceptive thing for personal gain.

It makes one wonder what better — and more honest — candidate may have been squeezed out of such opportunities that gave Warren her trajectory to a stellar (and lucrative) career?

Even Warren’s own achievements are now tainted because she billed herself as a ‘racial minority’, and we are left to wonder how much of her success was merit, and how much was part of her con job.

Put this together with the Pow-Wow-Chow (plagarized french chef recipies with crab and mayo), the failed DNA test, and her ‘high cheekbones’ story, and we have a pattern of a woman whose claims integrity can no longer really be taken seriously.

Too bad. She had all the right credentials.

If only she’d have done it honestly, who knows where the road could have taken her?

But the choices she’s made finally caught up to her.

Put THAT in your pipe and smoke it, Lieawatha.