If your average Sunday morning attendance has more estrogen than the typical audience of The Bachelor, you’ve got a problem.

Something’s missing. And, judging both by history and Holy Writ, without that ‘something’ your church will only be a shadow of what it was called to be.

What is that ‘something’? Well, I’m glad you asked. It’s that special ingredient called ‘men’ that spices things up.

The church wasn’t ALWAYS this way. Not at all.

Men aren’t supposed to kick back on the recliner at home while the womenfolk supervise little junior’s spiritual upbringing; but in many cases, tragically, they have. Men have checked out mostly because they’ve been CHASED out, with an overwhelming ‘lavender and lace’ vibe that made them say ‘no mas, gracias’.

And guess what? When they left, their warrior spirit left with them. God gave them a particular role to do the heavy lifting, leading the church’s charge into the spiritual battle. He called for fighting men to leave new scars in El Diablo’s crumbling kingdom.

If the lads haven’t been challenged to raze Hell by the voice in the pulpit, if there isn’t a vision big enough to actually live for, then really, why bother? What’s the point of going in the first place?

Entertainment is easy. You can get it anywhere — on a 4k screen. Affirmations are a dime a dozen. You don’t NEED to go to Church to be just another one of the frozen chosen.

But give a guy a banner to follow and a reason to line up behind it and you’ve got yourself a powerful force indeed.

There was a time that the voices in the pulpits WERE that kind of people, calling the men to fall in behind Christ, the ‘Captain of their Salvation’ (Heb 2:10 KJV) and fight in a worthy cause.

Sadly, far too many in the pulpits need to hear that same call themselves. 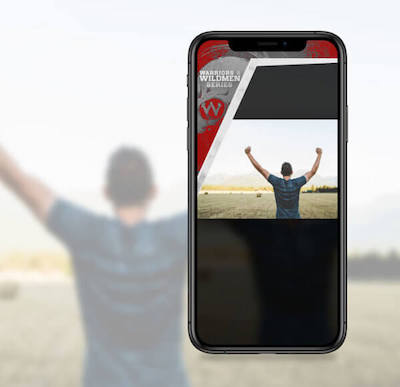 Radical feminists would love nothing more than to take your son and eradicate his masculine uniqueness. They hate men, and therefore, they will hate your son.

These whacked women actually believe that masculinity, the male composition, and a guy’s hormones cause boys to become wicked oppressors, sexually abusive and brutal beasts; and they have the inflated stats, the re-written history books and the hysterical spin to prove it.

And it is to that end that we give you, Raising Boys Radical Feminists Will Hate by Doug Giles