A picture is worth a thousand words — what’s that work out to in stitches?

An unnamed woman was visiting the Wildlife World Zoo in Arizona and left with a souvenir they don’t sell at the gift shop… stitches, scars and one hell of a story.

All because she thought it would be ok to disregard the safety features built to keep the Jaguars and the people apart. 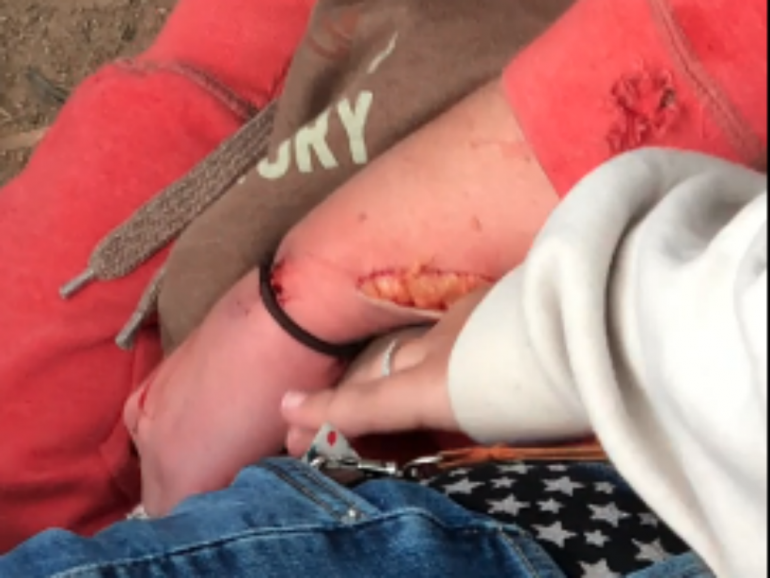 …the woman, who is in her 30s, climbed over a barrier at the zoo Saturday to get closer to the jaguar’s enclosure so that she could get a selfie with the animal. The jaguar reached out and grabbed her arm with its paw, leaving lacerations, Gilleland said.

Gilleland said the woman, who was not publicly identified, was taken to a hospital with injuries that were not life-threatening.

Officials with Wildlife World Zoo said in a statement that a guest was injured by a female jaguar at the zoo in Litchfield Park, not far from Phoenix. Officials said the attack is under investigation but noted that the animal was not outside her enclosure at any time. “Please understand why barriers are put in place,” officials tweeted.
Source: National Post

Oh, come ON people… did we learn nothing from the Harumbe incident?

Wild animals are — by definition — dangerous.

Do NOT approach them. Not even for that ‘perfect’ photo on Insta.

If you’re wondering about the Jaguar? The zoo has decided NOT to put it down. After all… it never left its enclosure, and — strictly speaking — did nothing it shouldn’t have. How was it to know this chick was not on the menu?