SOUTH PADRE ISLAND, TEXAS. He skateboards. He drops the F-Bomb during his stump speeches. He air drums to Baba O’Reilly in Whataburger drive-throughs. He gesticulates more than an angry chimpanzee when he speaks and he jumps up on tables and bars just like Ron Burgundy to the thrill of his fawning audiences! Now, the energetic presidential hopeful, Robert Francis O’Rourke, in his bid to reach the twentysomething socialist sisters who might not be in his corner yet, has proven to them that he’ll go to extremes just to woo them. When we caught up with ‘Beto’ we asked him why he would don a bikini during his Spring Break trip to South Padre? ‘Well, the way I see it, I was born for this. You know, to like shatter norms and stuff. Like oppressive male swim trunks. Y’know what I’m saying? That shit is so yesterday. I’m now. I’m tomorrow. I’m the future,’ replied Beto. 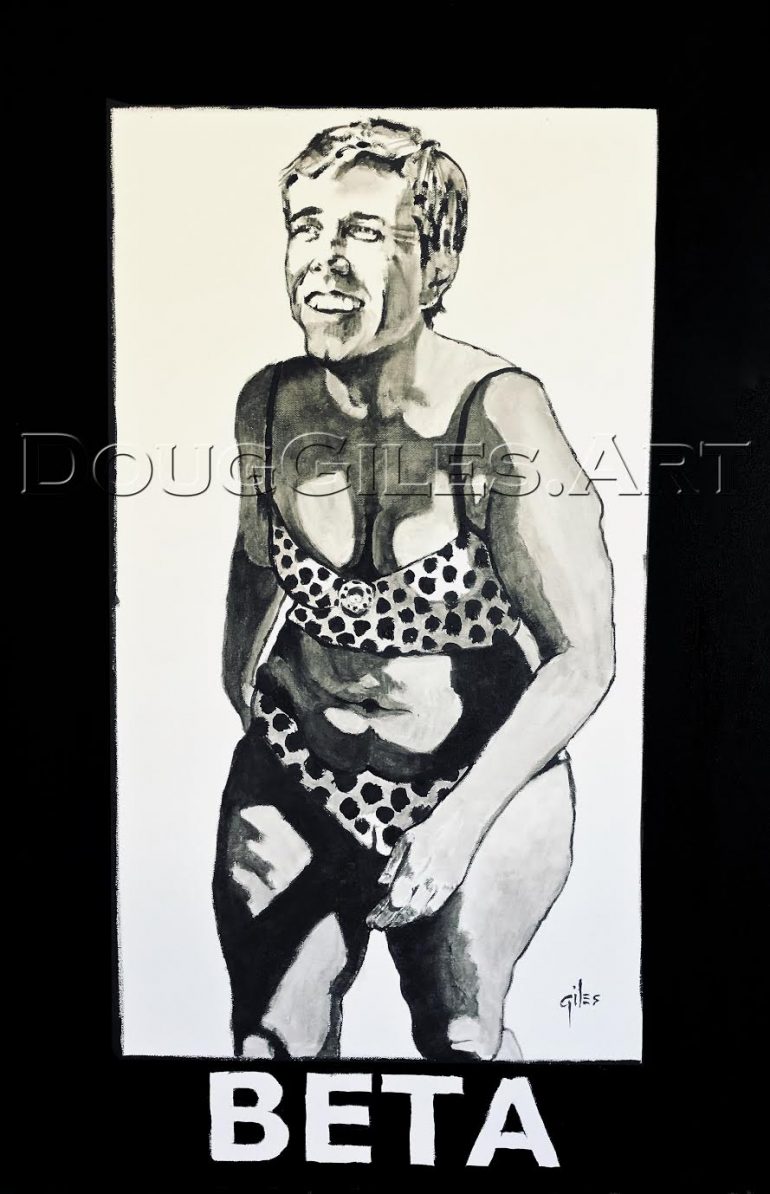 One girl from Mizzou State, who also works at Starbucks said, ‘finally, a cool leader who’s throwing off the shackles of toxic masculinity and embracing gender fluidity. He’ll definitely get my vote!’

Doug Giles, author of the book, PUSSIFICATION: The Effeminization Of The American Male, was asked what he thought of Beto’s new bikini move to reach radical female leftists. Giles said, ‘Well, it’s not my cup of tea. I guess if he’s going to go down this trail we should call him Beta instead of Beto from now on.’

Trending: WATCH: Will Smith Has A Message About Gun Safety That Hollywood WON’T Love

That unforgettable image of Beta showing off his beach-ready body is the latest MAGA-themed art from our Resident Artist Doug Giles. If you love it, you can grab a copy of the artwork for yourself (or even as a gift for a liberal friend or relative).

If you’re interested in his more traditional art, with great images of historical figures, cultural icons, biblical scenes and nature in all it’s badass glory, he’s got that too. Check out his site for the full collection.