It’s like they’ve looked at their rabid base and decided ‘whoever promises to give away the most free crap wins’… and now they’re desperate to outspend one another.

Well, since the Democrats have already promised to give away more money than the nation will ever see, why not add one more promise to the pandering pile?

A report by the Joint Committee on Taxation released Tuesday estimated that taxpayers who were in same-sex marriages prior to the repeal of the Defense of Marriage Act in 2013 would be eligible for up to $57 million in refunds. Warren introduced a version of the bill in 2017.

Same-sex couples in nearly 10 states were permitted to legally marry on the state level prior to the Supreme Court’s 2013 United States v. Windsor decision, which struck down the Defense of Marriage Act and permitted these couples to file joint federal tax returns.

At the time, the IRS said same-sex married couples could file amendments to their tax returns for the previous three years — the same amount of time for opposite-sex couples. However, gay couples in several states, including Warren’s home state of Massachusetts, had been legally married for more than three years before the Windsor decision.
Source: NBC

The fact that she’s making this promise in a State that had no safe drinking water when the Democrats were running the show only adds to the ridiculousness of her announcement.

With all the issues facing the nation at the moment — including nations from 52 countries having been apprehended slipping across the Texan border, unfunded liability obligations that are about to bite us in the ass, and a Congress that has weaponized their oversight capabilities in the service of the destruction of their political opponents, she is demonstrating the basic Leftist instinct — tack to the left and appease the outrage class.

Does she really believe this is THE burning issue that needs to be addressed? Or is she just desperate to make people forget that she’s the brunt of every “23-and-Me” DNA joke going.

And it’s just a ‘coincidence’ that she’s unveiling this announcement in June — right? 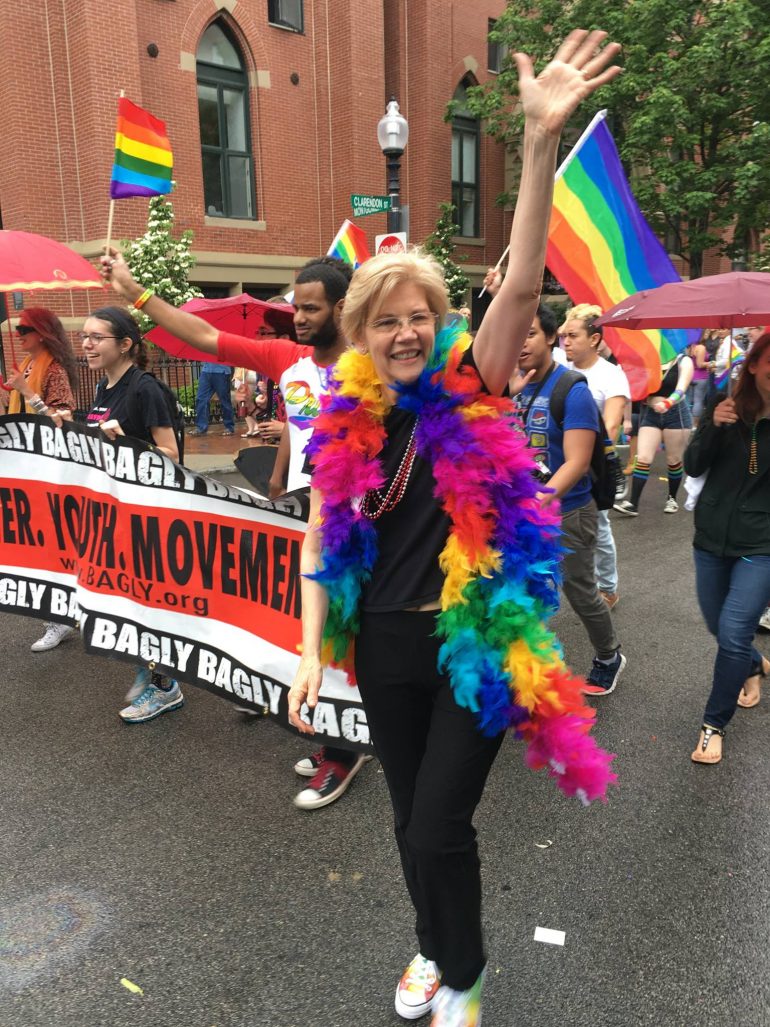 Did she have any proposals about compensation being paid to groups that were unlawfully targeted and harassed by the IRS because they were the political enemies of the Obama Administration?

This is an exercise in kissing ass, politically speaking. Nothing more.

But maybe you see it differently. The comments are open.