Maybe Iran wasn’t paying attention when Trump put some OTHER regional nuisances in their place. Like Syria, and ISIS.

The PREVIOUS president was all talk and no action.

And Iran KNEW they were so desperate to get that meaningless deal inked that they would LITERALLY turn a blind eye to criminal cartels acting in Iran’s name.

Not to mention those embarrassing episodes with Obama’s empty bluster about a ‘red line‘ or our sailors being taken hostage without Iran paying any real price for the insult.

Obama’s administration was from the Neville Chamberlain school of dealing with bullies. Give them your lunch money and hope they leave you alone.

Trump is from the Reagan ‘Peace Through Strength’ school of dealing with bullies.

He proved it by dropping the ‘Mother Of All Bombs’ on ISIS.

Because they were emboldened the supplicant cowardice of Obama’s ‘leading from behind’ Iran acting is now acting like a stupid teenage punk chucking rocks at a neighbor’s dog, confident it can’t get out of the yard.

They have been attacking oil tankers and have now shot down an American Drone.

When the same regime did that during Regan’s administration, we took out their (militarized) oil platforms and sank a good chunk of Iran’s navy.

Trump holds the military upper hand, and he knows it. He’s even willing to wield it, as necessary. But he’s not willing to get goaded into a senseless war over it, either.

Would somebody please explain that to the people who were absolutely ‘certain’ that Trump couldn’t be trusted with the ‘Nuclear Football’ without somehow blundering his way into WWIII. 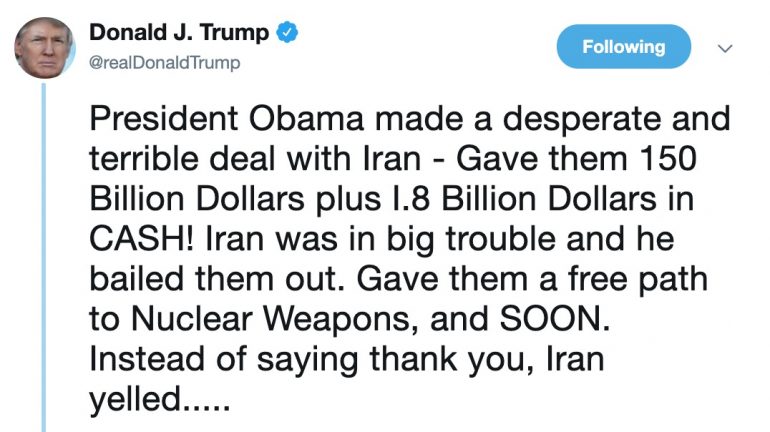 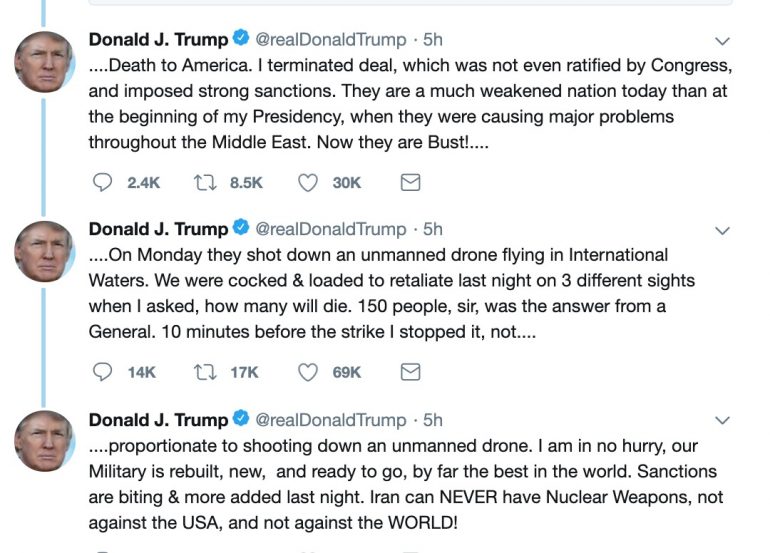 Looks like Trump cares more about the lives of people on both sides of this conflict than the supposed ‘leaders’ in Iran.

But for Iran to misread his tempered response as the weakness of his predecessor would be a serious miscalculation.