Pro-tip: when cherry-picking historical quotes to bash people you dislike, make sure you actually UNDERSTAND them.

Kaepernick, who has an uncanny ability to filter absolutely EVERY issue through the lens of race, tried to crap all over America on the 4th of July using a famous figure from history.

Let’s just say he picked EXACTLY the WRONG person to cite… and showed himself to be an ignorant DOPE in the process. That shirt he wore was some rare truth in advertising on his part: 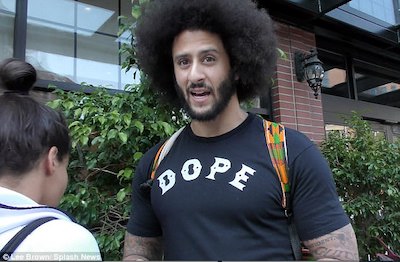 So, what point did he try to make, and what did he get wrong?

… which included a video opening with an image of fireworks and the Declaration followed by some hand-picked images designed to play to (and inflame) racial divisions.

We’ll not (directly) promote that video with links to the ‘clicks’ his ego so desperately seeks.

You quote a mighty and historic speech by the great abolitionist Frederick Douglass, but, without context, many modern readers will misunderstand. Two critical points: https://t.co/x4oLfa9DrH

Here is the thread that followed: 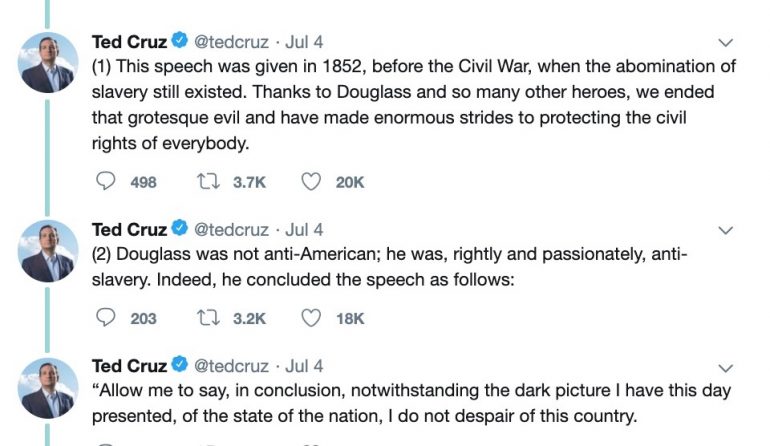 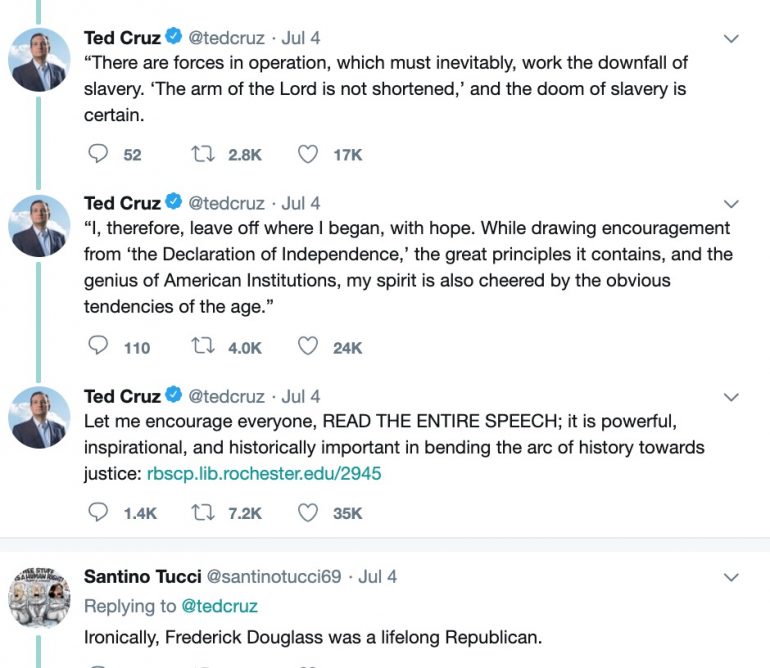 (With maybe a little twist of the knife at the end, there.)

Someone from the New York Times weighed in… and got summarily jackhammered.

Let’s see. You’re on the editorial board of the NYT. You respond to any view you don’t like, not with facts or reason, but w/ ad hominem attack. And you seem dismayed that I linked to Douglass’s entire speech, so readers can judge for themselves. You represent your employer well. https://t.co/c8168yiCgY

As did a councilman from NYC:

I know for NYC elected Dems words can lack “meaning,” but directly quoting at length is not “clarifying” (nor is linking to the entire brilliant speech). But selectively quoting Douglass to make him seem like a modern America-hating Leftist is, well, the opposite of “clarifying.” https://t.co/uUtcmU686v

It wasn’t even close.