The fact that it’s an ancient photo is only ONE of the things they’re getting wrong in this ‘trending’ outrage story.

You can thank Mark Hamil for dredging this up and making it do the rounds again.

We’re talking about the same moral midget who tried to pressure his son’s girlfriend to get an abortion (whatever happened to it’s a woman’s ‘choice’?)

A former girlfriend of Mark’s son Nathan Hamill, Maegan Chen — who was pregnant with Nathan’s baby — claimed she was facing pressure from both Nathan and Mark to abort the baby. According to Chen, Nathan threatened to break up with her if she did not abort the baby, and Mark told her she “shouldn’t bring a child into the world that nobody wants.” When Chen refused to abort, Mark’s wife Marilou reportedly told her in an email, “Meagan, you blew it.”
Source: LiveAction

This is the same guy who LOVES animals and gets bent out of shape when someone shoots big game in Africa. Of course, like MOST insufferable Hollywood moralizers, he hasn’t got a clue what he’s talking about. (It’s yet another reminder NOT to take our moral lead from one of the most morally dubious institutions in the country.)

First off, the photo he shared in his calling for a boycott (which at last count had over 27k retweets and 87k likes) was based on a photo from years ago. 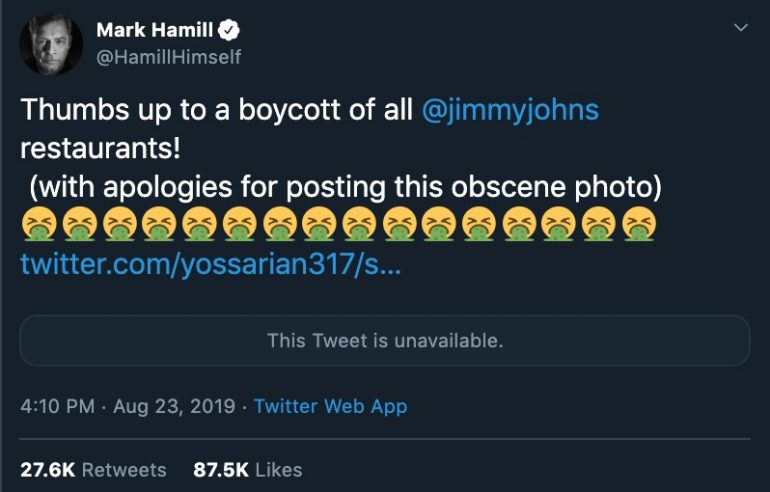 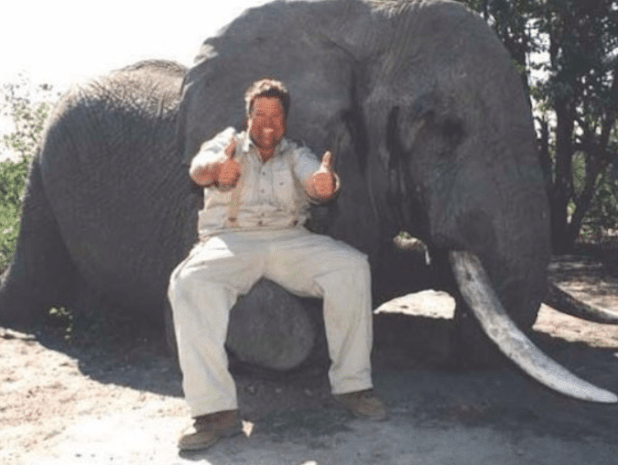 In fact, an old news article referenced the same photo, and the context.

In 2015, the Chicago Tribune reported that Liautaud acknowledged a misconception about him is that people still connect him to photos of him posing with elephants, rhinos and other endangered animals he shot.

“I choose to hunt and I choose to fish,” Liautaud told the paper. “Everything I’ve done has been totally legal. And the meat has been eaten, if not by me then by someone I’m with. I don’t hunt big African game anymore.” — USA Today 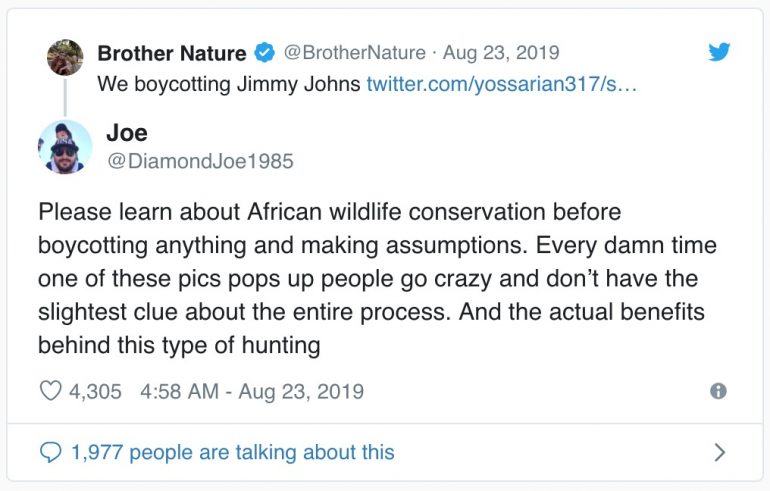 And in the mix of the comments was at least one person on the left with a pretty decent sense of perspective on the issue:

It’s not exactly the most civil way to explain it, but the basic facts are on point.

Maybe now Hamil can go back to bad acting in an aging franchise that even its most loyal fans have trouble defending.

WATCH: Huntress Defends Hunting And Exhorts Hunters Not Be Their Own WORST Enemy

Every Hunter Should Listen To This Podcast

Watch: This Conservation Through Hunting Video Will Make Too Much Sense For PETA And Their Ilk