Media talking heads were ready to tell us why it was good news for Democrats, no matter what happened.

If Republicans win, it gets written off as a ‘safe seat’, and they can show how much they cut into Trump’s 2016 total. And if the Democrats should win, it’s a ‘bellweather’ and a sign of things to come.

Here’s how Yahoo covered it:

Conservative Republican Dan Bishop has won a special election for an open House seat in North Carolina, averting a demoralizing Democratic capture of a district the GOP has held for nearly six decades.

And here is CNN setting up the heads-you-win-tails-you-lose scenario:

The Republicans, especially Trump, will take a pair of victories in North Carolina and — if history is any guide — celebrate them as a crushing defeat for Democrats.
The reality, however, is more complicated.
Anything short of an outright win in the 3rd District would be a disaster for the GOP, who have held the seat — through Jones — for nearly a quarter century. But real success and reason for optimism going forward would also require a resounding victory in the 9th District, a Republican stronghold since the early 1960s.
Source: CNN

BOTH contested House seats in North Carolina go to Republicans 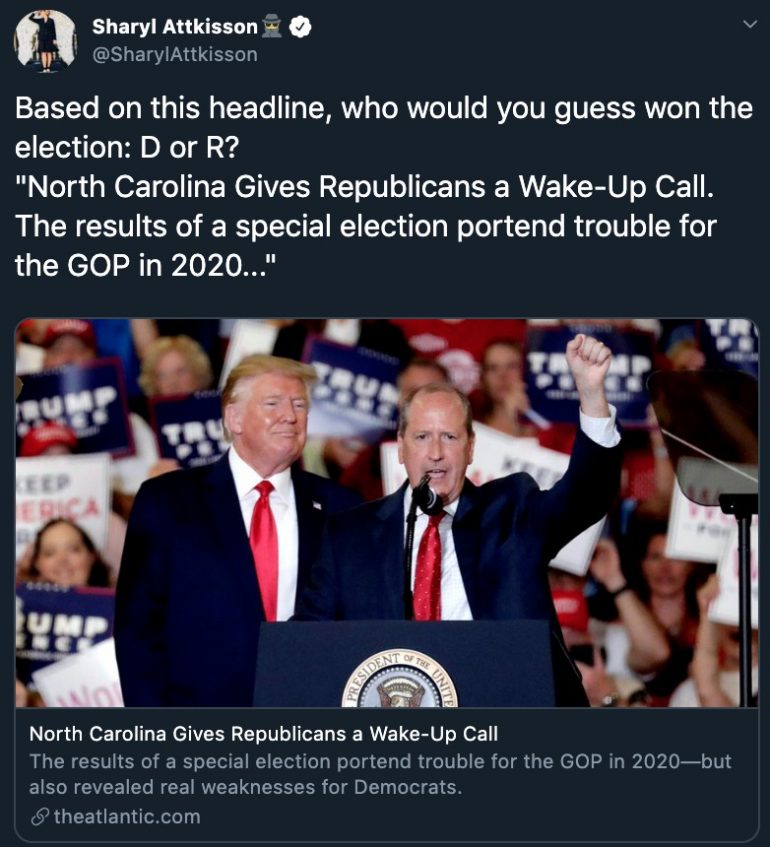 Much was made about the money spent by Republicans. But they neglected to mention how Democrats outspent them by a large margin. 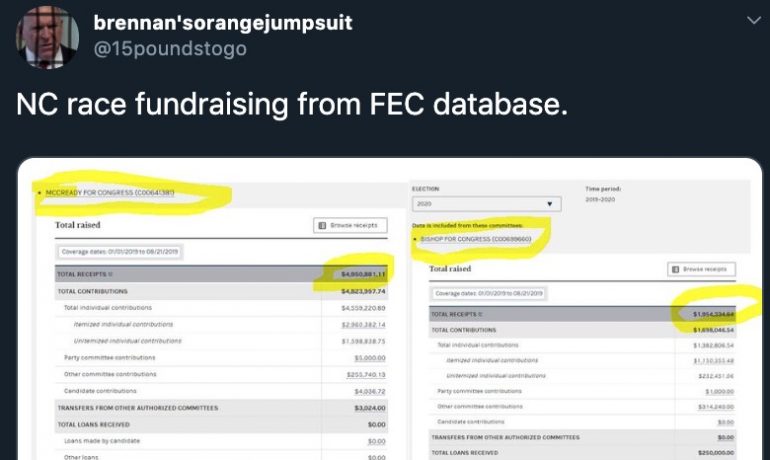 Don Lemon doesn’t seem to see this as a ‘win’. 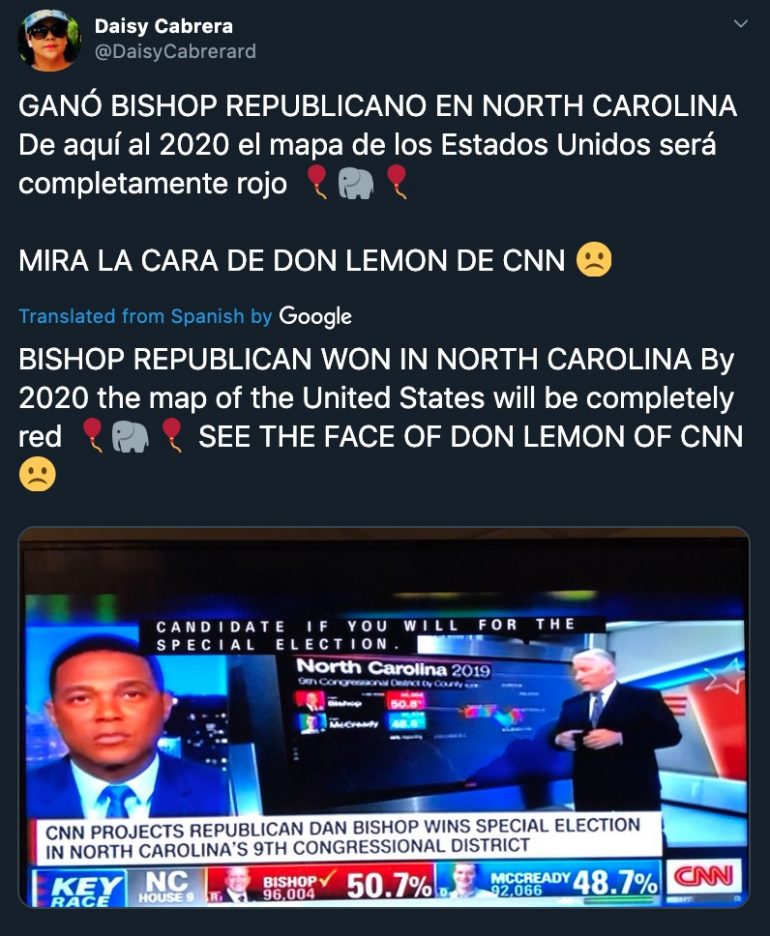 Here’s the President telling the story in his own words, and why HE considers it a big win. (By Twitter, of course!)

Dan Bishop was down 17 points 3 weeks ago. He then asked me for help, we changed his strategy together, and he ran a great race. Big Rally last night. Now it looks like he is going to win. @CNN & @MSNBC are moving their big studio equipment and talent out. Stay tuned!

.@CNN & @MSNBC were all set to have a BIG victory, until Dan Bishop won North Carolina 09. Now you will hear them barely talk about, or cover, the race. Fake News never wins!

Greg Murphy won big, 62% to 37%, in North Carolina 03, & the Fake News barely covered the race. The win was far bigger than anticipated – there was just nothing the Fakers could say to diminish or demean the scope of this victory. So we had TWO BIG VICTORIES tonight, Greg & Dan!

Media is pushing back, as they always do questioning where he got the numbers of how far he trailed.

But here’s the story that the mocking Democrats are missing.

If Trump is correct in saying that Bishop WAS trailing as he went into election day, and Trump DID help pull him across the finish line, this is a proof-of-concept that the man who is able to consistently fill very large rallies to capacity and overflowing has an ability to lift up candidates that need his support.

In an election where the Press will be going into overdrive in their partisan support of Dems and hit pieces against Republicans — and with Silicon Valley called out for pulling their tricks in rigging elections — this is a card Trump can still play in response. A ‘Trump’ card that they’ve got no way of suppressing.