Congrats to the NFL for no longer being the most politically radioactive league in US sport.

And, as though being unwilling to be left behind, ESPN jumped in with some Pro-Chinese propaganda in their story that was describing — the NBA/China controversy.

The irony was so thick you could cut it.

It comes down to the image of the Chinese map. You will notice the string of dashes stretching out into the ocean. That’s the part raising eyebrows. Nobody outside of mainland China uses that particular map. Mostly because that is NOT what the rest of the world recognizes as legitimate Chinese territory.

Hahaha ESPN endorses Nine-Dash Line! This is too much! (And it has ten dashes because they are slick like that) https://t.co/p2STXfQUKr

Here is another version of the map. 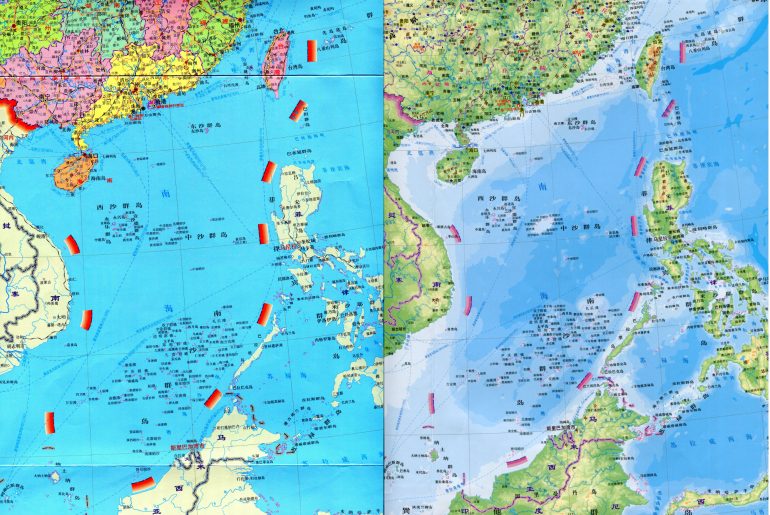 A more little background for context as to why this is being called Chinese State propaganda. 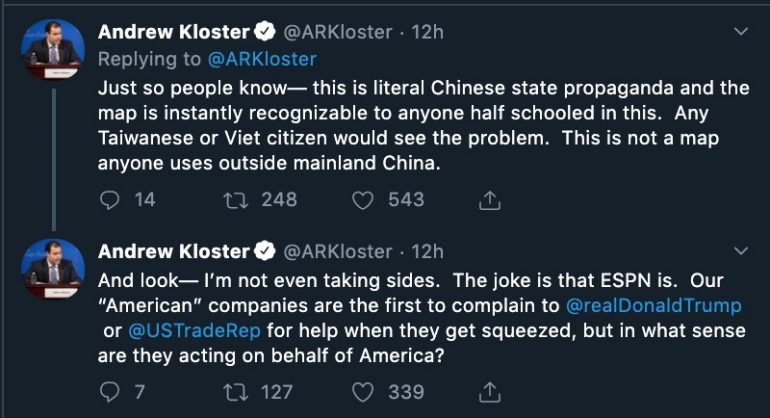 In case you’re not able to read the tweets on your device it says, “Just so people know — this is literal Chinese state propaganda and the map is instantly recognizable to anyone half schooled in this. Any Taiwanese or Viet citizen would see the problem. This is not a map anyone uses outside mainland China.

And look — I’m not even taking sides. The joke is that ESPN is. Our “American” companies are the first to complain to @realDonaldTrump or @USTradeRep for help when they get squeezed, but in what sense are they acting on behalf of America?

Now that we know what we’re looking for, watch the map of China in the graphic as they talk about the NBA’s dispute with China.

Do you think they’ve figured out yet that the NBA isn’t the only group that found itself ‘squarely in the fallout’ of this China Controversy?

The league has a lot to say about how horrible USA is, but when being critical of a government will hit them in the wallet, suddenly they are good little lemmings. Here is a journalist getting shut down for asking the wrong question.

Journalist gets quickly shut down when she asked James Harden, Russell Westbrook if they would refrain from speaking out on politics/social justice after China debacle… pic.twitter.com/VkXSWo0N0s

Elsewhere, we see more of the same. Hear this cop-out answer explaining the NBA’s blatant double-standard:

Steph Curry: “This situation, there’s a huge weight and gravity to it. There’s going to need to be some things to be sorted out. But I just don’t know enough about Chinese history and how that’s influenced modern society…This is not going away. So we’ll come back to it.” pic.twitter.com/6h6ZGWHQtq

How very sad that South Park has a more reliable moral compass than the self-righteous finger-waggers in the NBA.