There are many things you might dislike about Ricky Gervais… but his DGAF attitude toward political correctness is NOT one of them. Of course, THAT is EXACTLY what upset the SJWs.

It being Halloween, Ricky Gervais took to Twitter to do what comics do… he told a joke.

It might be in poor taste, it might invoke some (very) unpleasant imagery, but it’s a joke. And it was playing off of EXACTLY the uppity reaction of our increasingly humorless age.

He’s making fun of the obligatory ‘so brave’ reaction to people and situations that we KNOW do not deserve either our respect or praise.

I was going to dress up as something weird and creepy for my Halloween party, but I’m bucking the trend this year and I’m going as brave female activist Jessica Yaniv. This also means I don’t have to wax my big old hairy balls. pic.twitter.com/ldAvI0b2ot

How do you know it’s a joke? I was GOING to go as something weird or creepy, but INSTEAD…

He’s a comic setting up an absurd comparison, and anyone who’s followed the story and seen the court case that just ruled against Yaniv, we’re not talking about a particularly noble or decent person.

No? That’s odd… Yaniv didn’t object to ‘targeting’ minority women for his ‘wax my balls’ scam. 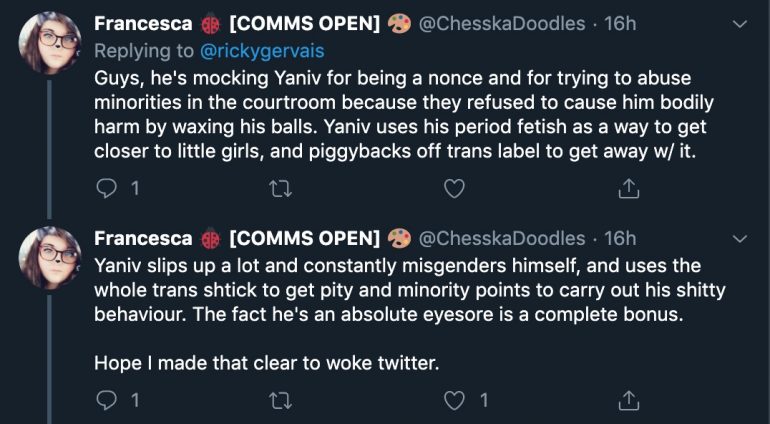 It lets some of the air out when you have to explain a joke, but…

Someone opened up photoshop and went there… 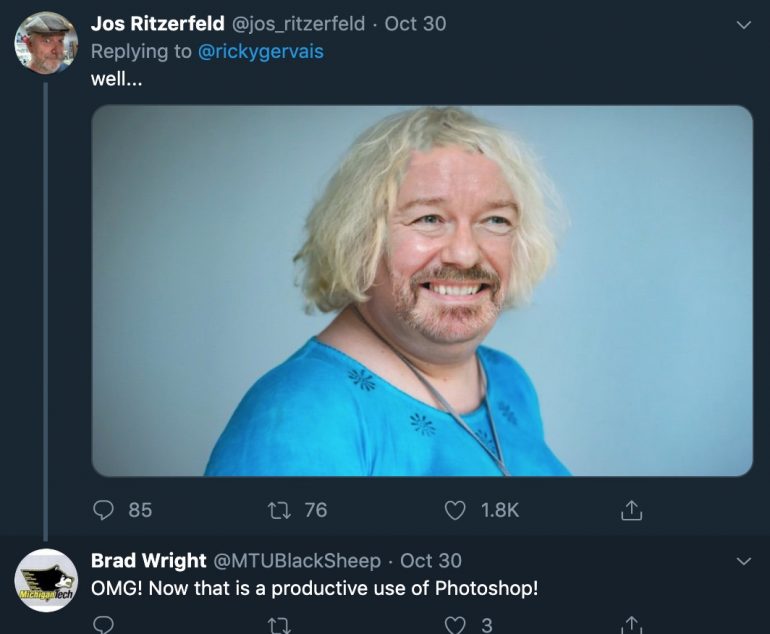 Weighing in after the fact:

I don’t try to offend, but the more people are offended by a joke, particularly on twitter, the funnier I find it. And the angrier the tweet, the more chance of me using it and turning it to laughs and cash. PC culture isn’t killing comedy. It’s driving it. As it always did ?

Don’t get upset about stuff. Just laugh. We’ll all be dead soon. Hope that helps. Have a great night. pic.twitter.com/Pi88k3swFD