And this is why we call them ‘Newsweak’.

How did you spend YOUR Thanksgiving Day? Did you spend it with friends and family? Were you watching your favorite football matchups?

Maybe you one of the millions who had to work?

Newsweek wondered that same question about the President. And since it was Trump, they assumed the worst, and mocked him for it. 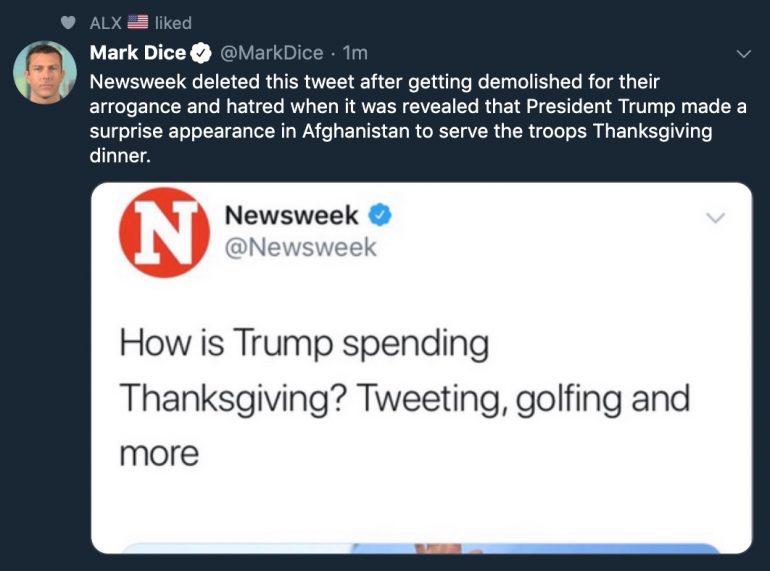 It wasn’t very long before they had to delete that tweet.

When they found out what he was REALLY up to, they had egg all over their faces. Or yams and stuffing.

No, Trump wasn’t out hitting the links. He was visiting people who couldn’t be at home with their own family for Thanksgiving.

Today President Trump made a
surprise Thanksgiving visit with US troops in Afghanistan. It marks Trump's second trip to a combat zone, following last year's Christmas visit to Iraq. pic.twitter.com/P5zEUf5i0a

The president arrived shortly after 8:30 p.m. local time and spent more than two-and-a-half hours on the ground. The president and first lady made a similar trip last year to Iraq on Christmas night — their first to an active conflict zone.
https://t.co/A4F9SAdajZ