What do Pharisees and militant leftists have in common? Both groups are would rather someone’s FAULTS over their FEATS. It blinds them to the successes of people they’d rather dismiss.

You can add Kanye and Trump to that list of people they would dismiss.

Until this year, it would be easy to dismiss Kanye as a self-absorbed billionaire rapper with a keen business sense and an over-exposed wife.

You could make pretty much the same case for Trump. Billionaire playboy on his 3rd marriage. Nobody could have predicted he’d become the most conservative President we’ve seen since at LEAST Reagan, and in some ways even out-pacing Reagan’s accomplishments.

But even more than that, nobody could have predicted the STRONG stands he’s taken to promote Religious — and specifically Christian — liberty after Secularism’s long march into political supremacy.

He’s pulled the political restrictions on a Church’s free speech. He’s stood up in front of the UN and made the case for every country in the world to embrace religious freedom. And he’s been the strongest pro-Life and pro-Israel voice we have had in a very, VERY long time. Maybe ever.

What would GOD have to say about such surprises?

These ‘surprises’ were His idea! 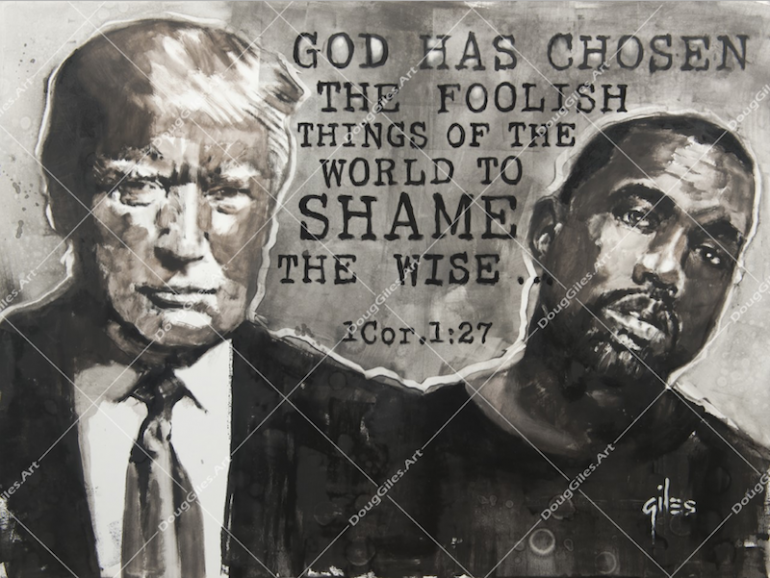 He IS the God who made a line of kings from a Sheperd-boy, and who used a man who really enjoyed capturing and killing Christians into an apostle who wrote much of the New Testament.

Would it really be so hard for God to turn the heart of a billionaire playboy to his service?

Travelin’ Man The Big Story, And Another Strange Place Spygate Master John Brennan Showed Up In At A Weird Time
March 28th, 2020 The Lid