These critters are ten inches long and sausage-shaped. Cue the teenage giggling in 3… 2… 1…

It went on ‘for two miles’.

“I walked for another half hour and they were scattered everywhere. There were seagulls lined up the beach the whole way having eaten so much they could barely stand.” — Vice

The ‘innkeeper worm’ is called that because of the u-shaped underwater homes it makes in the sand and then vacates for other sea creatures to inhabit. But it has another name it’s known by, due to its distinctive shape. 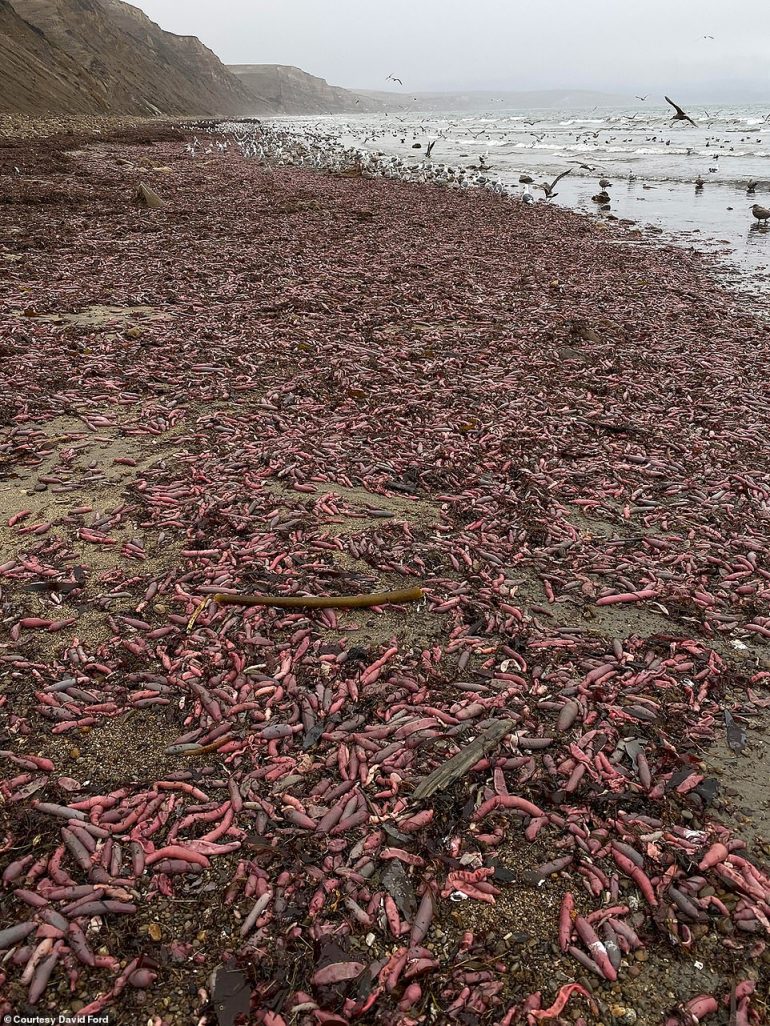 Thousands of “pulsing penis fish” have washed ashore on a California beach as seen in jarring photos that are raising eyebrows due to the creature’s phallic shape.

The quirky marine life is officially called fat innkeeper worms (Urechis caupo), and an expert writes for Bay Nature that he believes a recent storm in the Drakes Beach area is the reason so many of them mysteriously appeared on the beach.

Spotted by Ivan Parr on Dec. 6, the biologist from the Western Section of The Wildlife Society explains that the 10-inch fat innkeeper worm typically lives underwater, burrowing in mud or sand, but the storm likely carried them ashore.
Source: NYPost 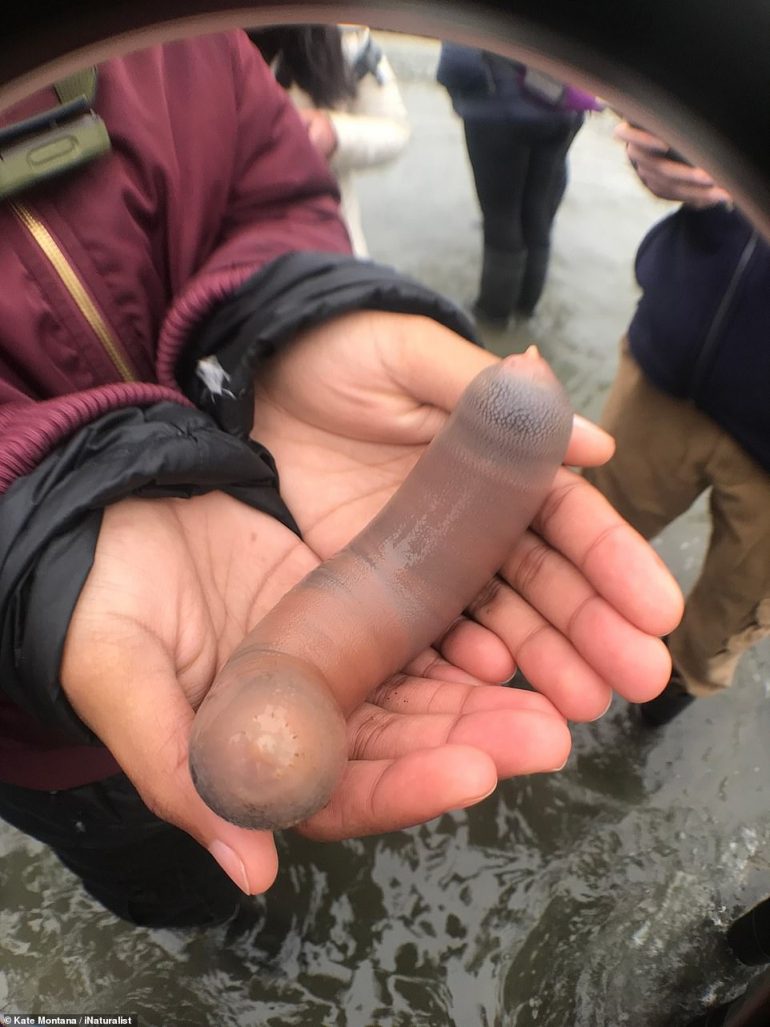 How did they manage to show up on the shore? It has a lot to do with the creature’s habitat.

“We’re seeing the risk of building your home out of sand,” Parr wrote. “Strong storms—especially during El Niño years—are perfectly capable of laying siege to the intertidal zone, breaking apart the sediments, and leaving their contents stranded on shore.”

“When the tide is in, the worm slides up to the chimney of its burrow and exudes a sticky mucous net from a ring of glands,” Parr wrote. “Sometimes you can see these mucous nets, looking like decaying jellyfish, draped around the burrow entrance. The worm continues to secrete as it slips lower into the burrow, generating a slime-net that stretches from the chimney to the worm’s mouth.”

Seeing such strange sights is one of the reasons Ford loves to walk the beach. “Those creatures are in a phylum all by themselves with three other things and have been on their own path of evolution for 400 or 500 million years,” he said. “It’s a wonder of their fertility. There must have been hundreds of thousands of them.” — Vice