Putting the lie to Pelosi’s tactics, Gabbard shows that even objecting to something the President has done doesn’t require an ‘impeachment’ response.

Tulsi Gabbard is the same Democrat 2020 longshot candidate that Democrats are desperate to shut out because she doesn’t walk lockstep with some of the other leading candidates.

Hillary even denounced her as a ‘Russian Asset’.

They don’t like her mostly because she speaks her mind.

Here’s what she said about the Impeachment. 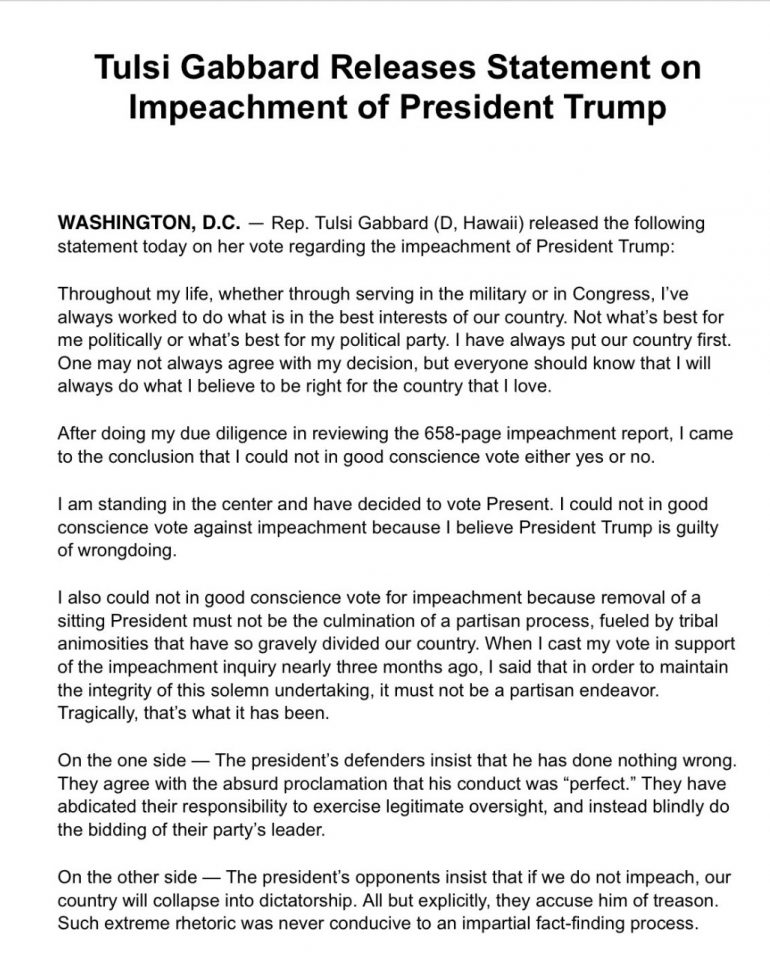 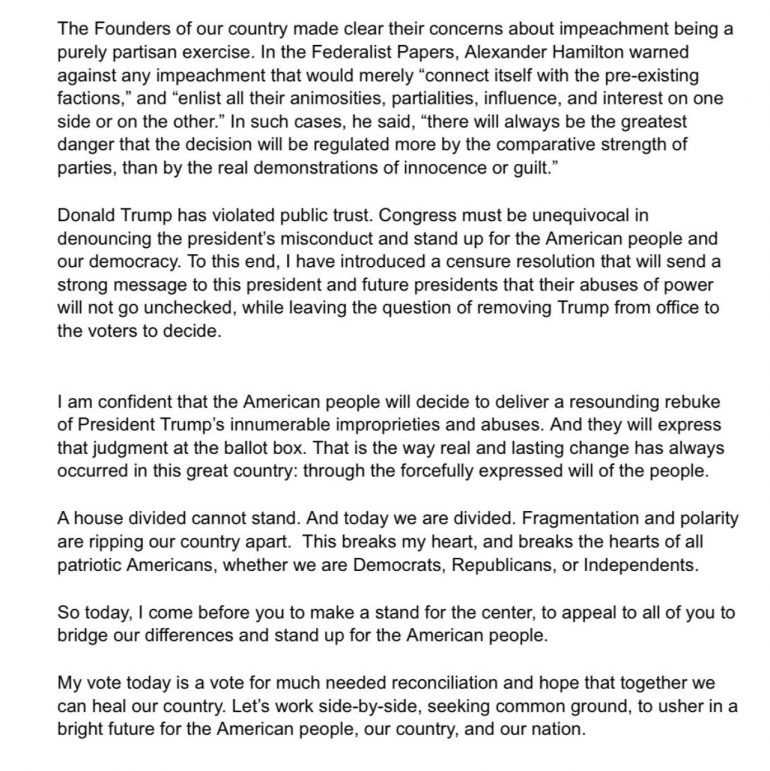 Tulsi is no fan of the President. She WANTS to see him out of office — but she wants to see that happen in the ballot box.

I also could not in good conscience vote for impeachment because removal of a sitting President must not be the culmination of a partisan process, fueled by tribal animosities that have so gravely divided our country. When I cast my vote in support of the impeachment inquiry nearly three months ago, I said that in order to maintain the integrity of this solemn undertaking, it must not be a partisan endeavor.

Tragically, that’s what it has been.

One the one side — The president’s defenders insist that he has done nothing wrong. They agree with the absurd proclamation that his conduct was ‘perfect’. They have abdicated their responsibility to exercise legitimate oversight, and instead blindly do the bidding of their party’s leader.

On the other side — The president’s opponents insist that if we do not impeach, our country will collapse into dictatorship. All but explicitly, they accuse him of treason. Such extreme rhetoric was never conducive to an impartial fact-finding process.

In short — she’s not a fan. Tulsi has ‘bought in’ to the accusations that he’s done a ‘bad thing’ of some sort, but the remedy for the ‘bad thing’ is something short of  Impeachment.