Remember this story the next time Socialists promise to make your life better by putting the government in charge of more things.

Good news, Hawaii, it’s not your screw-up we’re laughing at this time

Yes, the TV show did well during the Golden Globes. By social media terms, that was *forever* ago. Why would Chernobyl be trending again?

Early on Sunday morning, Canadians got the following alarm message on their emergency warning system… and yes, this included cell phones. 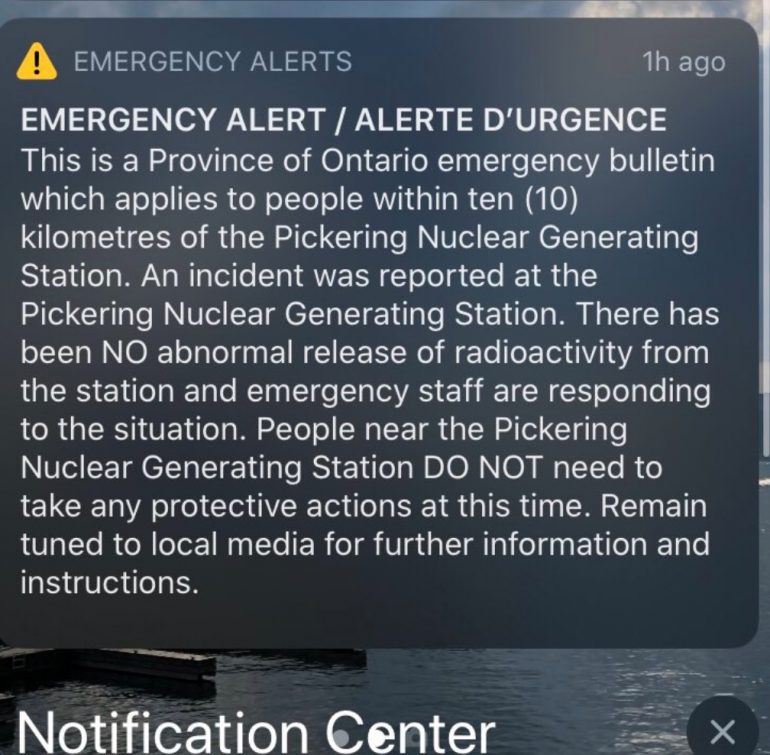 About two hours later, there was a follow-up ‘oops’ message. 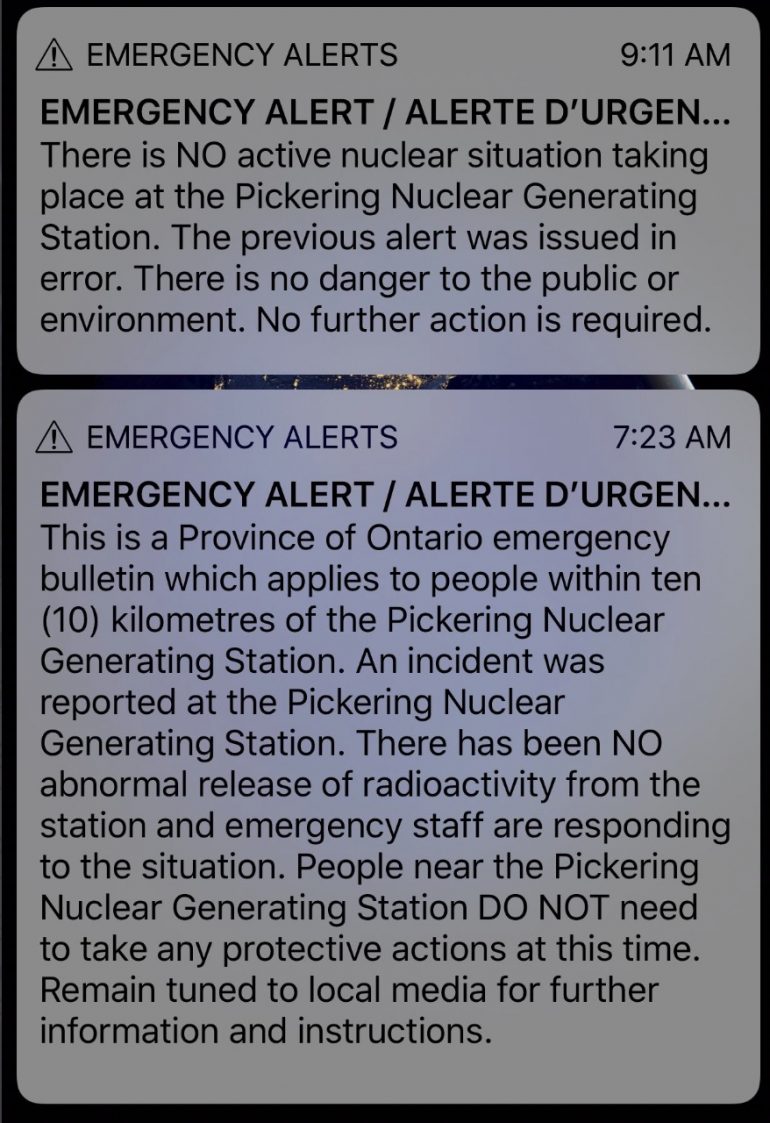 Even the Weather Network got in on it…

The weather network is informing my radiological hazard has ended? ☠️#pickeringnuclear pic.twitter.com/FZhPKIAMq3

Not really how one wants to begin a Sunday. The entire province received the msg but it only applies to those within 10km of Pickering? I need more info: there was an incident at a NUCLEAR POWER PLANT but hey, it’s cool, no need to worry??? #pickering #pickeringnuclear #ontario pic.twitter.com/ZaNM3xyzNn

That’s one hell of a photo in that next one.

When you get the alert for #PickeringNuclearStation, look outside, and the world hits you with pic.twitter.com/LoLOslnLaE

The obvious questions about government competence came up.

#amberalert Ontario Guv be like: " we know everything about the child that's missing, last seen, colour of underwear etc
Nuclear power plant accident: "all good!Someone just slipped and hit the big red emergency button by accident, you can go back to sleep" #pickeringnuclear pic.twitter.com/PekS98PCeW

Including this writer’s favorite:

Let’s put the government in charge of our health care, too!

What could *possibly* go wrong?