How do we know that human life is uniquely different from every other class of animal life? Because when a human life is in danger, we drop what we are doing to help a stranger.

For all the grief New Yorkers get for being brash and selfish when the chips are down, they can really step up.

In this video that’s exactly what they did.

When a pedestrian was caught under an SUV, crowds literally ran to her aid.

They assessed the situation and didn’t wait around for authorities to come to the rescue, they put their backs into it, and did what needed doing before it was too late.

Just now at Delancey and Norfolk in the Lower East Side an accident ran over a pedestrian trapping them under an SUV. Onlookers just lifted the SUV, dragging the victim out. pic.twitter.com/uq1IHcSJ9k

We can give you some good news about the pedestrian who was under that SUV, too: 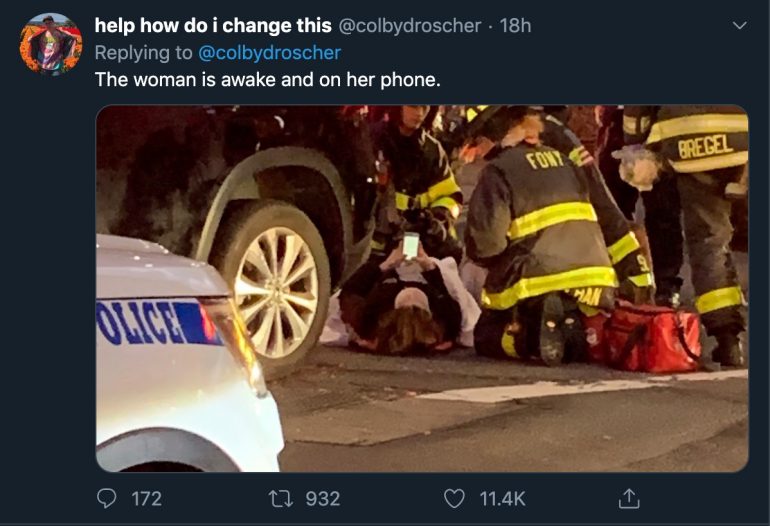 A spokesperson for the New York City Police Department told Insider that the victim, a 25-year-old woman, escaped the situation without serious injury.

Police said that the driver of the SUV, a 65-year-old woman, turned from Norfolk Street to Delancey Street, hit the pedestrian while she crossed the street at a crosswalk, and then hit another car that was stopped at a traffic light.

The victim was alert and conscious when first responders arrived and was taken to the city’s Bellevue Hospital to treat pains, cuts, and bruises, the spokesperson said. The driver was issued a summons for failing to yield, according to police.

Exclusive: Artur Pawlowski On Victory Over Canadian Nazis: We Are Lions, We Eat Hyenas For Breakfast (Video)
December 4th, 2021 Sons of Liberty Media