In what possible nightmare world is it important for children’s dolls to be anatomically correct? Or weirder still, to make a ‘statement’ on gender norms?

Whatever happened to letting kids be kids?

You know, letting a doll’s ‘naughty bits’ be left blank because really, kids haven’t developed to the point where they’ve got any awareness of what those parts are for, seeing as they are, you know, KIDS and all.

But NO. For some reason, it’s not enough for kids to just play pretend with toys that leave private parts blank.

Someone went ahead and made what looks like a baby ‘Jessica Yaniv’ doll. 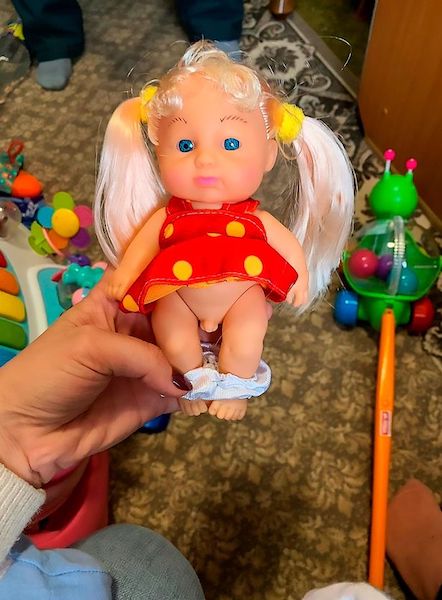 As far as we know, it’s the world’s first transgender doll.

A transgender children’s doll – believed to be the world’s first – has gone on sale in Russia .

The doll – pictured with a penis and wearing a dress – sparked debate after being spotted in a Siberian toyshop.

Pictures of the doll at the Planeta Igrushek (Planet Of Toys) shop in the city of Novosibirsk went viral after being posted online.

The images show the doll with long blonde hair and an apparently female face.

It is shown wearing a red dress with what appears to be male genitalia underneath
Source: Daily Star

TX Gov. And CPD Agree Amount Of Illegal Fentanyl Entering US Through Mexico Skyrocketing
May 18th, 2021 The Lid

A Severe Computer Chip Shortage Will Last “A Few Years”, And This Could Plunge The Global Economy Into Utter Chaos
May 18th, 2021 DC Clothesline