She ended with “I dunno. Maybe I shouldn’t be doing this right now.” If she’d begun with that level of skepticism, maybe she would have saved herself a helluva lot of negative publicity.

The 31-year-old actress got jackhammered over her ridiculously ‘hot take’ on social media.

She began by talking about how long it was likely to take until the virus scare would resolve, and then switched into what came off as being coldly insensitive to the potential deaths of God alone knows how many Americans.

Vanessa Hudgens' career will be dead after posting this. It's like inevitable. ? pic.twitter.com/qYX2DMFjJ2

The controversy started after the former Disney star posted an Instagram Story Monday saying, in part, “Even if everybody gets it, like yeah, people are going to die which is terrible, but inevitable?” — USAToday

Oof. Not a good look, chica.

“What people like Vanessa Hudgens don’t realize is that while they are missing Coachella, the rest of us are missing paychecks. While she struggles to stay relevant, the rest of us struggle to provide for our families,” tweeted @TaraHobbit. — USAToday

Vanessa did the obligatory mea culpa after the scorn of social media rained down on her head:

If the comments section on her apology is any indication, the public isn’t buying her contrition.

Well you can say this much, Vanessa has certainly ‘brought people together’.

Some people put a personal face on her glib comments.

This woman’s story is poignant. 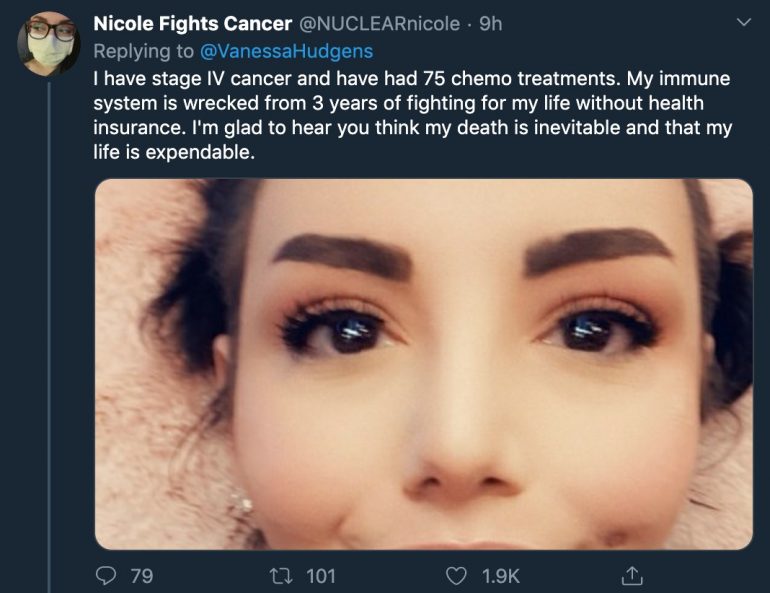 And then there’s this kid. 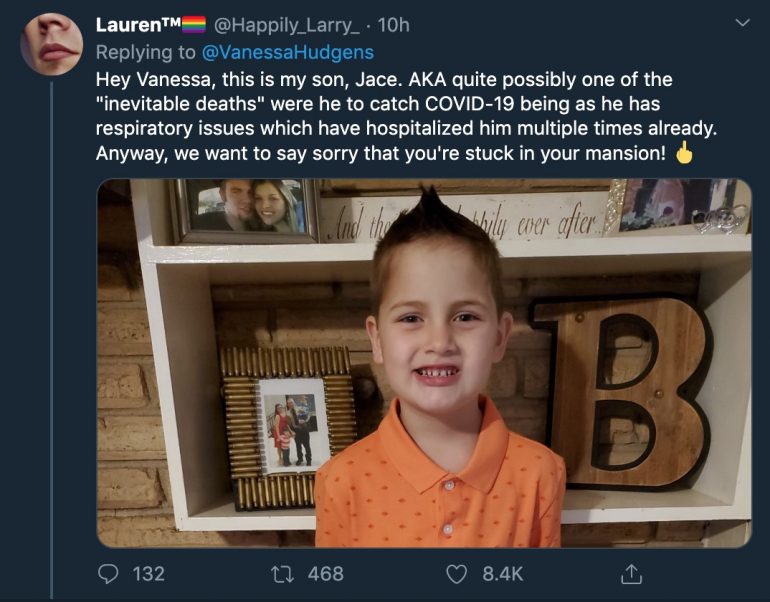 Ouch. These are the real faces of the deaths that her flippant comments would have meant. 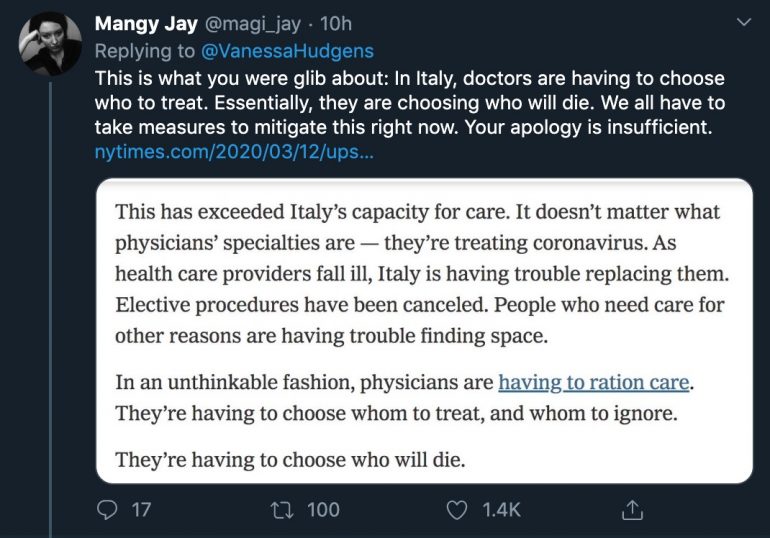