As the monuments come tumbling down, you can hang this portrait up with pride.

The latest painting by Doug Giles is a tribute to the badass 26th President of the United States, Teddy Roosevelt.

T.R. was a writer, soldier, and politician. He was also an outdoorsman, a hunter, and a conservationist. This Republican, much like the current POTUS, wanted to root out corruption. Teddy R. was draining the swamp before it was cool. He wrote, “No republic can permanently endure when its politics are corrupt and base; and the spoils system, the application in political life of the degrading doctrine that to the victor belong the spoils, produces corruption and degradation.”

He was absolutely right on that, wasn’t he?

Theodore Roosevelt is still regarded as one of the greatest Presidents of this republic, despite attempts by leftists to cancel him and erase his history.

This painting honors the quotable man who said you’d go far if you “speak softly and carry a big stick.”

This is my 5th installment in my Winchester Series.
The original is sold but prints are available to trigger snowflakes.
Here’s Teddy Roosevelt. 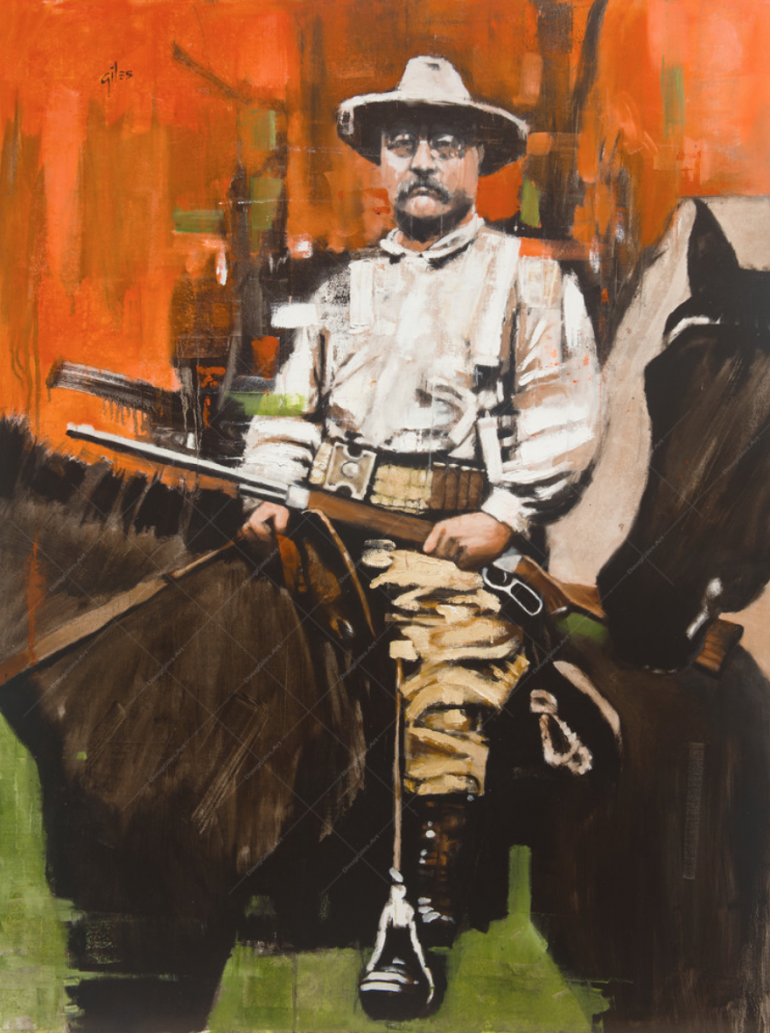 Get your own copy at DougGiles.Art.

The two wall preview pics showcase how a monster print would look at home or in your office.
Print sizes range from 8×11″ to 52×69″.
First-time customers get 20% off and free shipping. 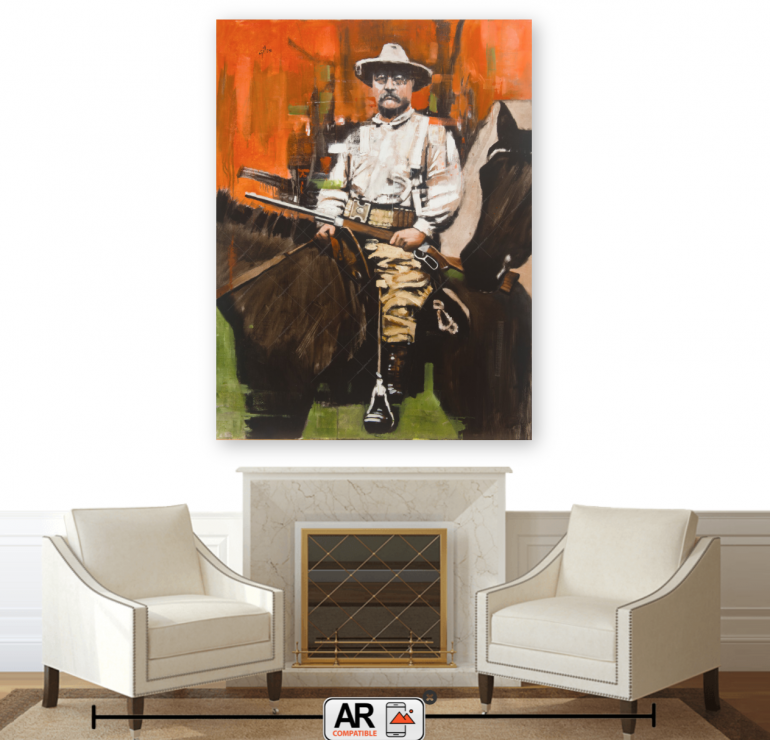 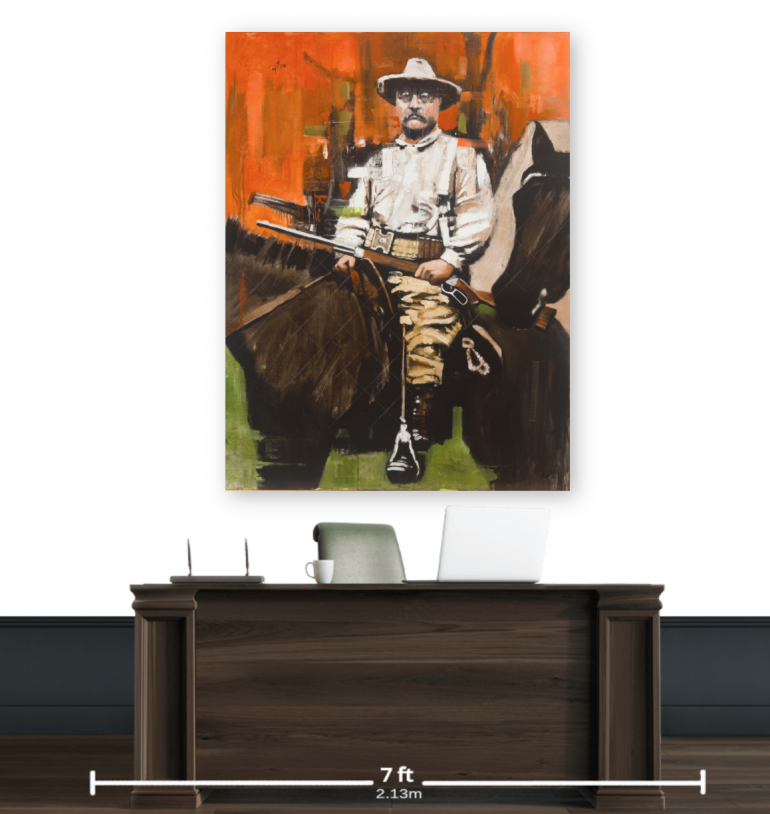