In case the impeachment drama wasn’t enough to demonstrate that this hack has lost his tether to reality, Nadler’s got a hot take on Antifa to prove the point.

He doesn’t believe there really IS such a thing as Antifa.

Don’t wait for the punchline, it isn’t a joke. He (apparently) really doesn’t think it’s real.

Neither does he think there has been any violence or rioting in Portland.

I ran into Jerry Nadler in DC and asked him to disavow the Antifa violence/rioting in Portland.

Here’s a news report from Portland, describing ‘night 60’ of the not-so-peaceful protests.

The crowd began launching mortar-style fireworks over the fence before midnight, climbed over the fence and entered the portico. Around the same time, another group of demonstrators lit a large fire in Lownsdale Square Park. Police said people in the crowd continually picked at the fence and some gathered with shields and umbrellas to cover a person trying to cut through it.

Just before 1 a.m. Monday, someone started a fire just inside the fence along SW 3rd Avenue. Dozens of people approached the outside of the fence with shields and began throwing objects over it. U.S. agents deployed gas and flashbangs and warned protesters to stay off federal property. The Portland Police Bureau said it did not participate in dispersing the crowds by the federal courthouse.

…Chad Wolf, the Department of Homeland Security secretary, painted a disturbing picture in the city on “Sunday Morning Futures” and said protesters have been armed with bats, power tools and have targeted “their violence on federal courthouses and federal law enforcement officers.”

The shooting on Sunday night would mark the second reported shooting near the protest. Authorities said one person suffered “numerous gunshot wounds” early Sunday morning, which occurred at the same time that police were forced to respond to another riot at the location. That victim’s injuries were not life-threatening. —FoxNews

This will round out the picture even further.

Flash bangs, rubber bullets and tear gas. Protesters now throwing it back with hockey sticks. These surreal scenes in Portland have been happening nightly #PDXprotest pic.twitter.com/ONEyPSRTws

As for the ‘Antifa’ angle, maybe Nadler should consult with the former Deputy Chair of the DNC and current AG of whatever is left of Minnesota. He had a thing or two to say about Antifa. 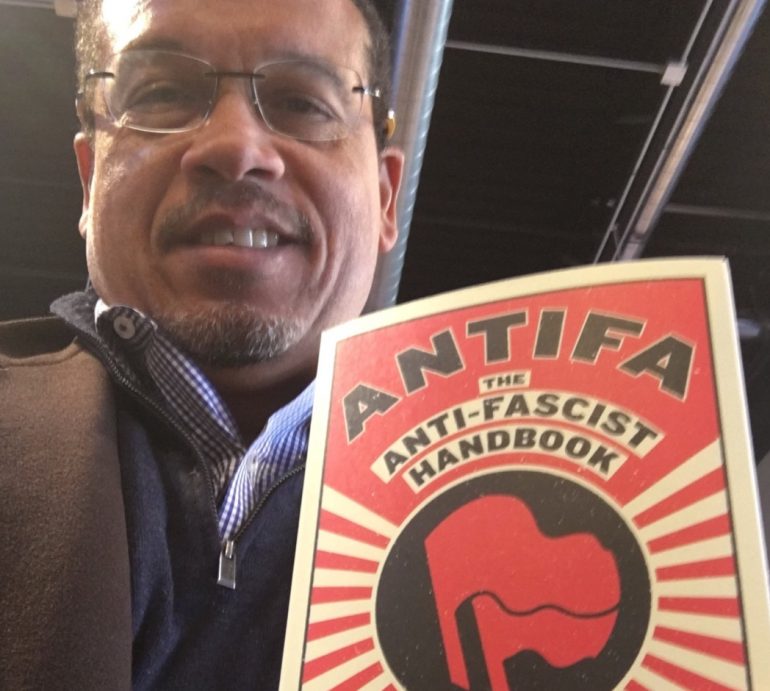 Hey Nadler, you can take that uniformed opinion of yours and stuff it up your blowhole.