After the whole nation was caught in a rut through the whole Wuhan Coronavirus debacle, it sounds like Trump is getting back into fighting form… just in time for campaign 2020 to heat up.

Seeing how crime and violence have exploded in 2020, he has reportedly had second thoughts about the Criminal Reform plan as well.

President Trump is regretting listening to son-in-law Jared Kushner’s advice on passing criminal justice reform, back-pedaling on his most bipartisan accomplishment, which he’s used to attract black voters and combat claims of racism.

The president’s current thinking, one source told Axios, is ‘no more of Jared’s woke s***.’

And it had the support of celebrities and media personalities including Kim Kardashian and CNN’s Van Jones.

But Trump, according to Axios, feels like the Kumbaya moment has hurt him politically.

Politico reported a similar story back in September 2019.

‘It was clear he thinks it’s a total dud,’ said a source who attended a meeting with Trump, Kushner and campaign ads, as the president’s son-in-law suggested that the president promote the First Step Act heavily as part of his re-election strategy.

‘He made is abundantly clear he doesn’t think it’s worth talking about,’ the source said of Trump and the law. —DailyMail

What does the President have to say about this ‘movement’ in his own words? 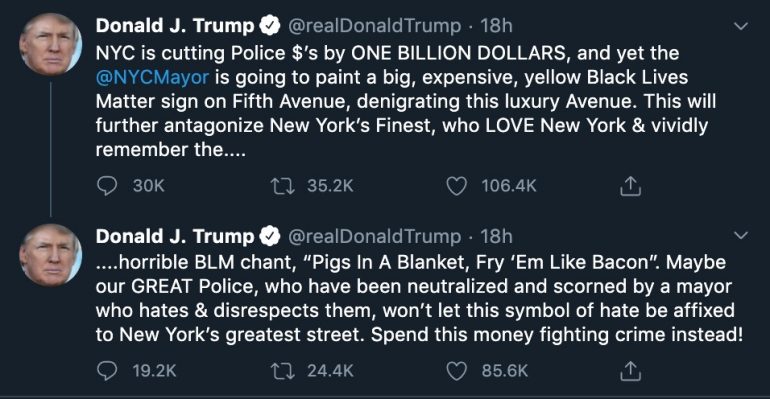 Does this mean Trump will step up and rely more directly on his own instincts, the ones that helped him galvanize Republican support in the first place, and less on those who think they should be advising him? We can only hope.