Agitators on the Left have been striking out at American history in some really surprising ways… reminding us that they are against these icons, while we are for them.

Robert Byrd (D), who was once a recruiter and ‘Grand Klegle’ for the KKK, was celebrated by the whos-who of Democrat Aristocracy. Obama spoke at his funeral. Hillary and others called him a ‘mentor’. And his name is affixed to buildings and streets past counting.

FDR dispossessed Japanese Americans, throwing them into camps during the war. But nobody is calling for his erasure from history.

And yet, look who the Left has targeted for denunciation or destruction of monuments. So I put them somewhere the lunatics CAN’T tear them down.

And now YOU can put them on your wall.

Here’s my latest installment in my Trump Series. Behold, The Deplorables! The original is SOLD but we have epic prints available from small to large and we print on luster paper, canvas and metal. New customers get 20% off and free shipping! 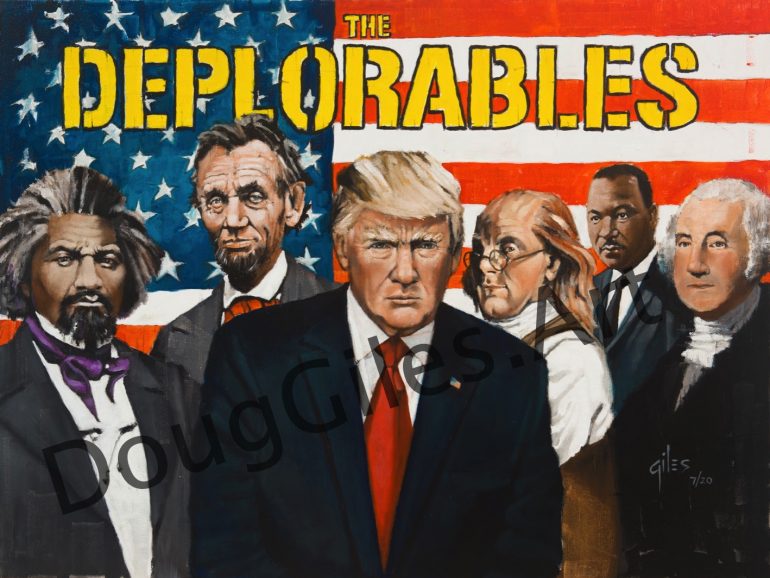 Here’s another image for a sense of scale: 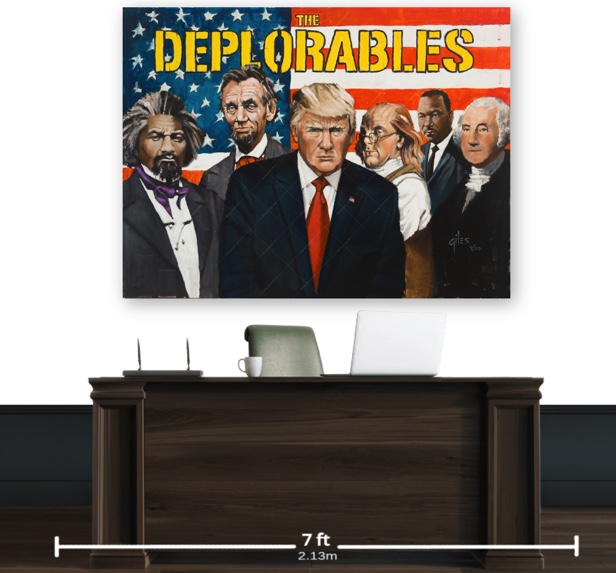 Muslim Beheads Man on French Street, and Here We Go Again With Denial That It Has Anything To Do With Jihad
October 20th, 2020 Sons of Liberty Media