Last night, Trump stood at the foot of a great American monument and made a speech reminding us all of America’s greatness.

The Lib-left near lost their minds, talking about the President’s ‘dark’ speech.

The other four faces on this monument each played a role in shaping America’s overall greatness. And now, President Trump is defending that greatness from sinking back into the DC swamp.

He is standing strong against foreign nations that would bleed out our industry, steal our intellectual property, and undermine our national interests. He has taken a chainsaw to the red tape that has been choking our industry. He has shown leadership in our strategic alliances and challenged our friends to pull their own weight. He has exposed and begun to correct the corruption rooted deeply in key government departments.

But most of all, Trump is taking a strong stand against those who want to burn down everything the men on that mountain handed down to us.

Our way of life.

And if he succeeds in his pledge to beat those forces back, he might just deserve to be added to that mountain. 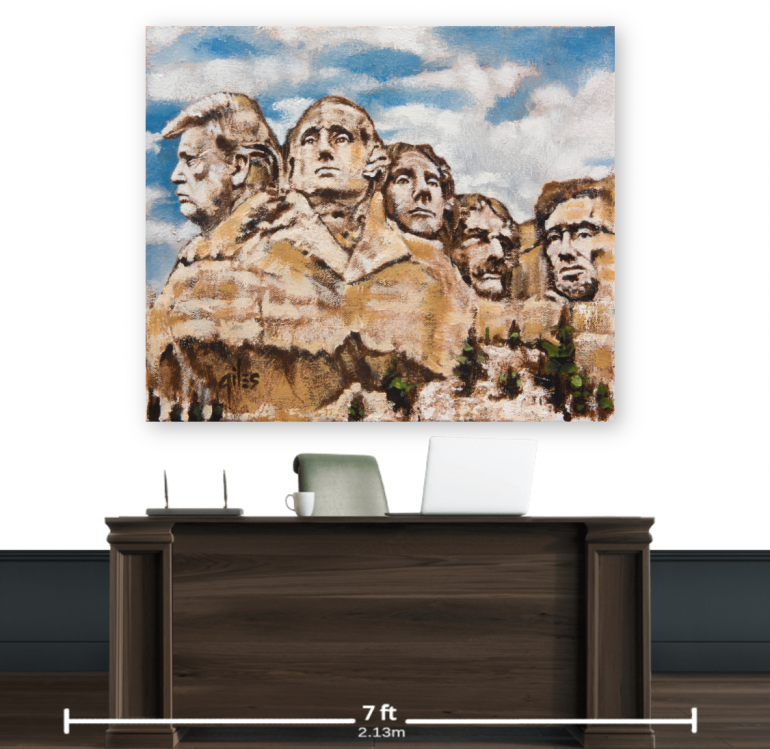 You can orger your own print at at Doug Giles Art/a>.

Mandated by the Legal System to Attend AA or NA? Here are 3 Things You Need to Know
October 21st, 2020 Liberty Hub

The Threat of Court Packing: How It Would Destroy The Republic
October 21st, 2020 The Lid