After getting his @ss handed to after his devastatingly embarrassing statement about African Americans, Joe has given a retraction.

Yesterday, we covered Joe Biden’s claim that Latinos are incredibly diverse, while Black Americans are… less so.

‘With notable exceptions’. He said.

Just so we’re clear, what Joe Biden said in this 15 second video is more racist than anything Donald Trump has ever said in his life. Ever. It’s not even close.

If a Republican or corporate CEO said this, he’d have been forced to resign before lunch today. https://t.co/XTtcD3nMOd

It must have been REALLY embarrassing for Team Biden that the President retweeted THIS to his 84.7 million followers:

Or that he wrote this:

After yesterday’s statement, Sleepy Joe Biden is no longer worthy of the Black Vote!

Biden (or probably one of his handlers) put out a CYA statement of ‘clarification’. 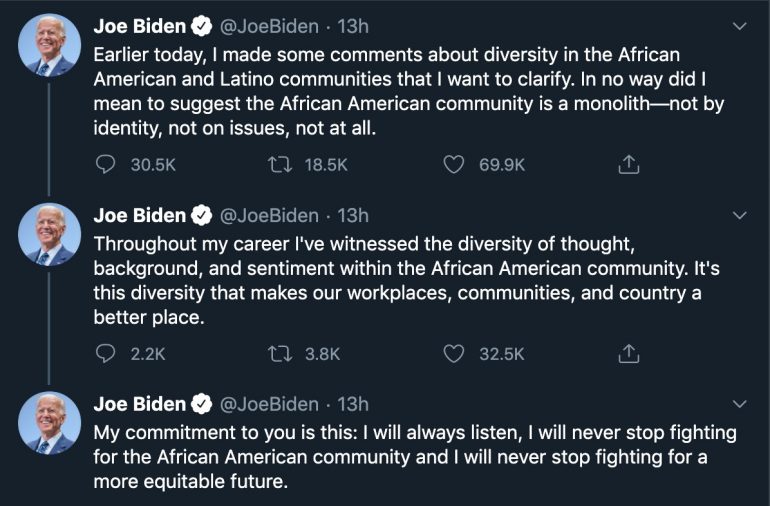 He keeps stepping on his own feet, especially with the Intersectional crowd he’s trying to play ‘champion’ for.

He’s just not much of a champion.