Whatever you think about Trump’s willingness to trade political punches with pretty much anyone for any reason, he has handled the passing of Ruth Bader Ginsberg differently.

From the moment he was first told of her passing, he was gracious and magnanimous. He honored her very remarkable life, focusing on what brings us together, rather than her politcs, which tend to tear us apart.

In so doing, he not only honored her as a person, but he honored the manner in which she lived her life, as anyone familiar with her relationship with Justice Scalia would recognize.

Trump has risen to the moment, treating her life and passing with the dignity one would expect from a national leader.

He and Melania took a moment to quietly pay their respects to Justice Ginsberg as her mortal remains lay in state in front of the Supreme Court.

This stood in sharp contrast to how the Leftist crowd reacted to Trump’s visit.

President Trump & Melania pay their respects to Justice Ruth Bader Ginsburg at her casket on the steps of the Supreme Court. Crowd is pretty quiet at first but then becomes furious, with loud booing and chants of "Vote him out!" as Trump & Melania seem to pray quietly then leave. pic.twitter.com/6L20RuQd1B

It didn’t take long for shouts, jeers, and eventually a chant to erupt during the President’s moment of silence.

At about the one minute mark, shrieks boos and then chants split the silence.

What were they shouting?

When this writer heard it live, it sounded like ‘throw him out’.

Dunleavy heard vote him out.

How does this vulgar display square with the example of their beloved RBG?

Much is made of her ‘dying wish’ that her seat be filled by whoever is in office next term. And that may well have been her private preference as an individual.

But not enough is made about her other wish, that we could once again learn to get along with people who come from a very different political starting point than ourselves. That we stop unfriending, canceling, and lashing out at public servants for no other reason than whether there is an (R) or a (D) after their name.

She set that example herself in her own life. 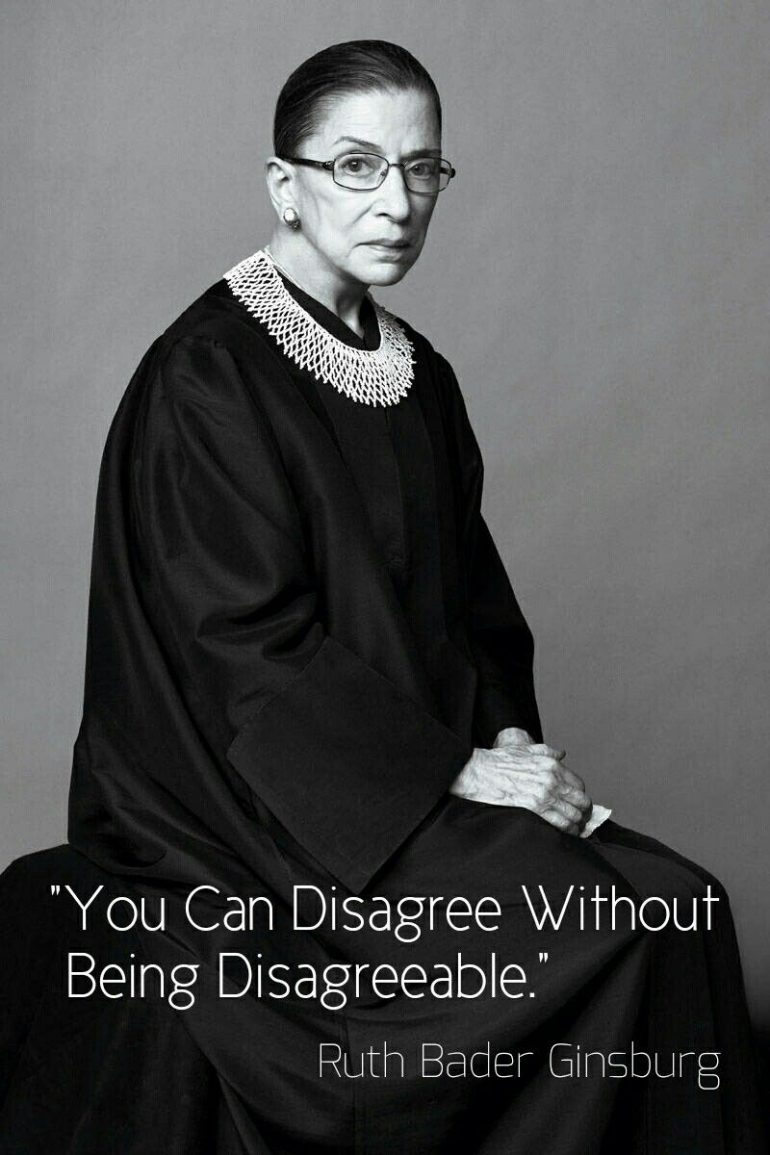