Let the Brits have their St. George and his dragon… we’ve got President Donald J. Trump.
The American people picked him because he does not back away from a fight, or quit when the battle gets tough.

He’s not one to shrink from a threat — foreign or domestic. Capturing that warrior spirit is this latest MAGA-themed painting.
Ladies & Gents. Check out the latest in my Trump Art Series.
Behold! I give you President Trump slaying The Red Dragon. Oil on canvas. 24×36” of dragon-slaying epicness. The ORIGINAL is currently available. We also have prints ranging from $30-$1,700 available.
First-time customers get 20% off and FREE SHIPPING. Boom. 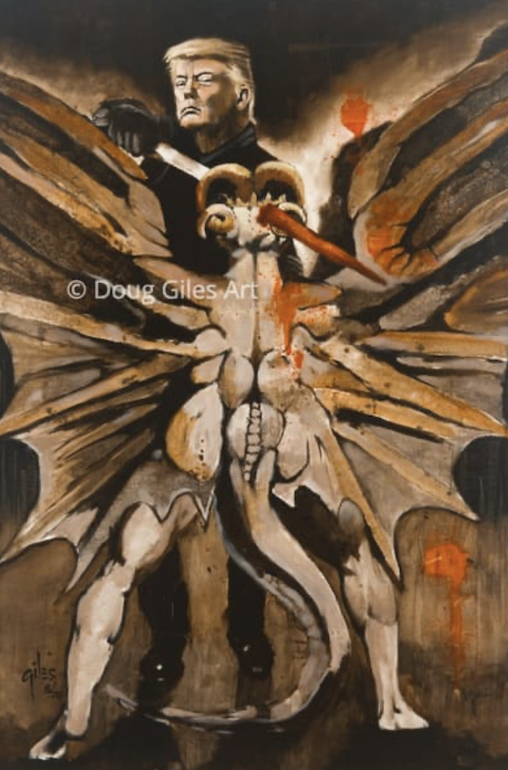 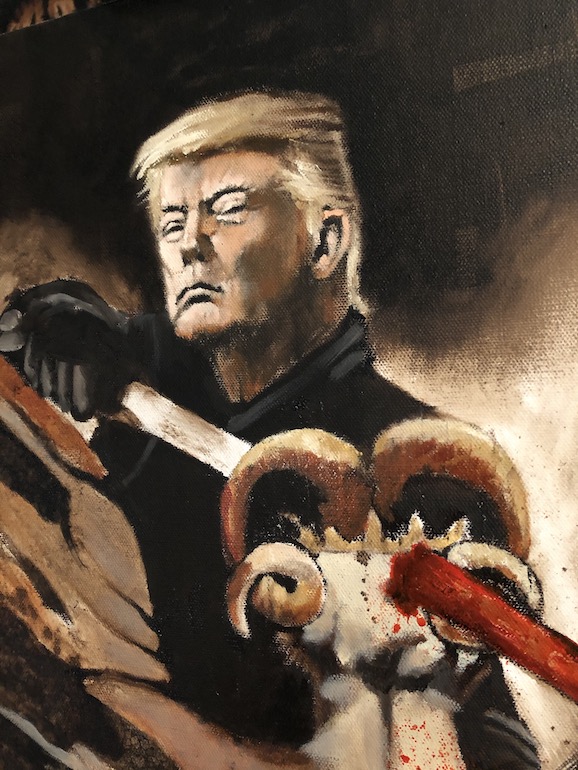