This is a sad day. We saw President Donald Trump receive more votes than any other president… ever. Somehow, in the middle of the night when vote counting had been mysteriously stopped, Vice President Biden took the lead because of mail-in votes that mysteriously appeared from backroom briefcases. The election was stolen. That was the swamp’s plan all along. The sad thing is how far the corruption extends. Perhaps half of us lost an election, but all of us lost our trust in our institutions.

The mainstream media and social media hid stories of corruption in the Biden family. No longer are they ‘the most trusted names in news.’ 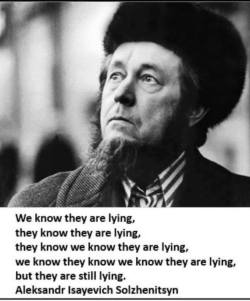 If there was significant voter fraud in several swing states, then wouldn’t the Federal Bureau of Investigation and the Federal Election Commission know about vote tampering? Yes, they would, and they did. They knew, and they did nothing. We’ve seen voter fraud before when precincts came in with near 100 percent votes for Democrats. We saw fraud where homeless shelters and mental health facilities strangely reported large turnout from voters that didn’t match the voter rolls.

We hear crickets when that level of corruption is found in Detroit, Philadelphia, and Atlanta.

Eric Coomer from Dominion Voting Systems announced on a phone meeting with Antifa activists that he had Trump all taken care of in the election. “I made f***ing sure of that!” It is important that we believe people when they admit to corruption. Unfortunately, Democrat Attorneys General seldom prosecute voter fraud. Federal officials seldom prosecute corrupt election officials from deep blue cities and put them in jail.

Nothing was said because the fix was in. That is why I trust neither the FBI nor the FEC. Neither should you.

That wasn’t always the case. We used to respect the FBI. We saw the FBI tamper with laboratory evidence. We saw the FBI ignore the blatant security violations, and probable blackmail evidence, from Secretary of State Hillary Clinton and her staff. We saw them ignore political murder.

I knew honest men who worked at the FBI. I can only imagine how these men feel to see the FBI so corrupted by political influence. Sadly, that is what happens when you want your paycheck or power more than your honor.

We let politicians choose our voting machines. That has to be a recipe for disaster if there ever were one. Dominion Voting Systems and Smartmatic sent voter data to overseas servers. I’d bet that the NSA and CIA could track that internet traffic. Given that Trump criticized US intelligence agencies, I doubt they would raise an alarm if those agencies found evidence of voter fraud. We let the CIA and NSA act as if they are above the law. So far, they are, and that is both a cause of this election theft and also a symptom of how far the corruption spreads.

Voter fraud explains why President Trump campaigned so long and so hard. That strategy worked in that Trump received massive support from the voters. Trump also made it harder to steal the election since it is harder to forge a few million votes than a few thousand. We will see if our legal and political institutions will turn from corruption, tell the truth, and regain our respect.

I can’t fix that level of corruption overnight. Neither can you. Democrats might steal the election, but my acceptance of a lie is not for sale. They are not my president and vice-president until they win a fair election… if we’re allowed to have fair elections any more.

President Trump Speaks About His Future Plans During Lunch At One of His Golf Clubs
January 22nd, 2021 Flag And Cross