Whoever is hiring these mall Santas needs to add as a job requirement ‘not a self-important d-bag’ with a social agenda. In a year that has already sucked so badly for so many, the wokescolds have gone and ruined Christmas for a little boy, too.

Park your ego at the door there, bigshot. You’re a fricken’ MALL SANTA, not running for leadership of the Democrats.

You have one job. Ask the kid what he or she wants for Christmas, and make the kid feel heard.

Someone who would probably be first in line telling the world that Harry Styles sporting a dress is forward-thinking and awesome, and that gender preferences in toys are a social construct has no business telling a kid his gift choice is NOT acceptable.

Giving your political opinion is not in the job description, genius.

But because these jackwagons have to go and ruin everything… we have situations like this:

Liberal Santa sends Young Boy Away in Tears After Refusing to Gift Him a Nerf Gun for Christmas @Hasbro pic.twitter.com/9QbKtxcJGK

Fortunately, that’s not the end of the story.

Here was a much more Santa-y response.

(And you will note that the jackass has got himself fired. Good, he won’t be making any more stranger’s kids cry this year. Or at least, they won’t have to stand in line for the privilege.)

BREAKING: The Fake Santa has been FIRED — The REAL Santa Claus says he want's to fill the boys entire home with so many Nerf Guns he won't know what to do with them.🎅 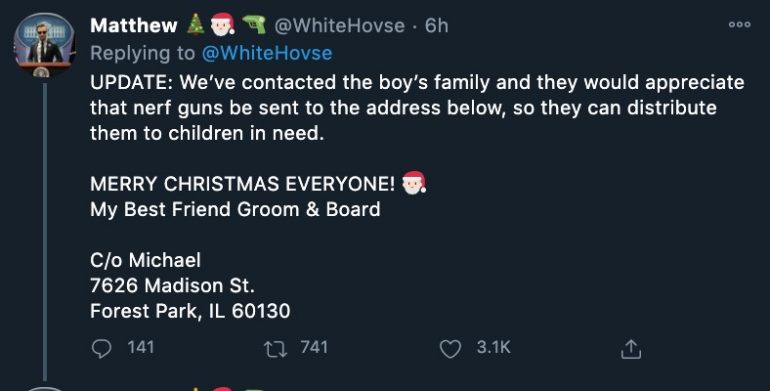 Somebody should put this in fired fake Santa’s stocking. He needs it.

2021 and the power and scope of revelation
January 16th, 2021 Liberty Unyielding

If The High Number Of Frontline Health Workers Rejecting The Vaccine Does Not Tell You The Truth Of The Matter, Nothing Will!
January 16th, 2021 Sons of Liberty Media