Didn’t you hear? Rules are for the little people.

This is exactly why the public is calling BS on the draconian lockdowns. If they really were intended to keep everyone safe from a dangerous and looming threat, then everyone — EVERYONE — would be expected to abide by those restrictions.

But again and again, the same people foisting those restrictions on the public don’t seem concerned about the very fear they are trying to feed the rest of us.

Shockingly, that sort of ‘leadership’ eventually causes even the most credulous of sheeple to start asking uncomfortable questions. Especially when those sheeple find themselves bearing the brunt of the consequences of the restrictions.

When’s the last time you heard about a government employee missing a paycheck during this pandemic. Wasn’t it about the Fifth of Never? Yeah.

So here’s what happened to add Rhode Island’s governor to the list of liars and misanthropes busted for playing the rules-for-thee-but-not-for-me game.

On December 7th, she posted this message: 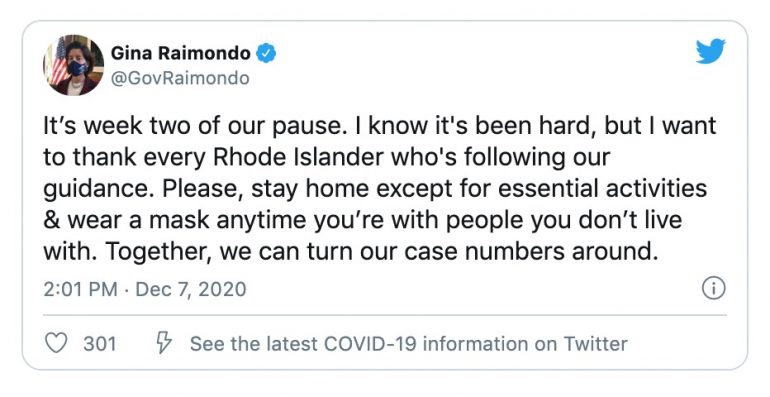 Here she is 4 days later, doing neither:

Photos published by Turtleboy Sports and the libertarian group Liberty Rhode Island reportedly show Raimondo sitting in a local restaurant for a “wine and paint” night without a mask. The photo was taken by Erica Oliveras, who said she was also at the event at Barnaby’s Public House in Providence, Rhode Island, according to ABC 6 News.

Oliveras defended the governor and said that she didn’t realize the photo would spark backlash. She also said that the governor “only took her mask off whenever she was drinking her wine.”

“The main thing I took out of it is, ‘Wow she’s here at a small business and she’s supporting,’” Oliveras told ABC 6. “She came in, she supported, she bought wine, she engaged.”

One day after Raimondo visited the wine bar, Rhode Island Department of Health Director Dr. Nicole Alexander-Scott tested positive for coronavirus. Raimondo said in a Sunday Twitter announcement that she had tested negative for the virus, but was self-quarantining. The governor had shared the stage with Alexander-Scott Thursday night at a briefing, NBC 10 News reported. DailyCaller 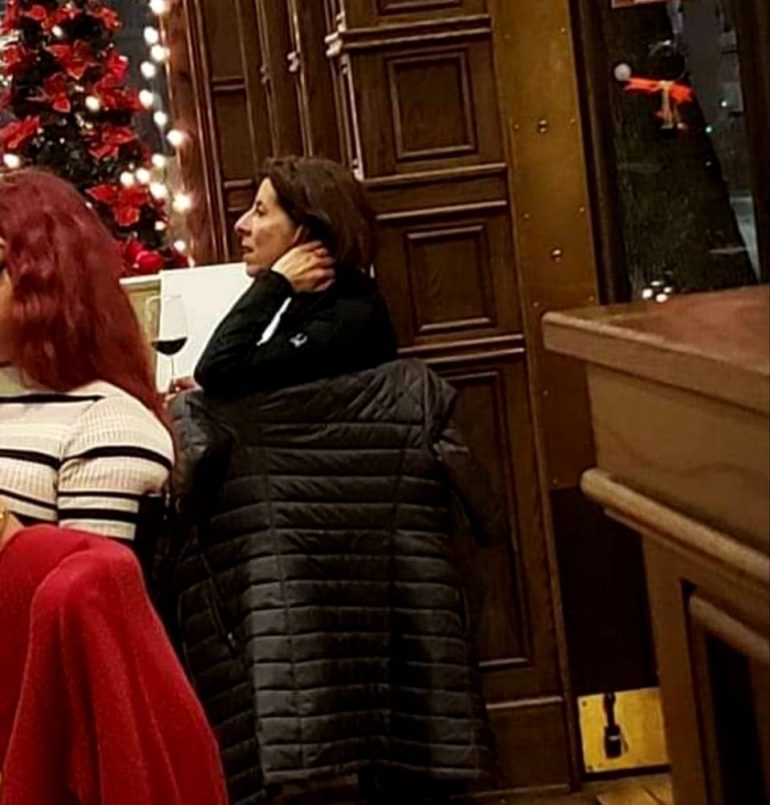 Are we being unfair in our judgment of her as a Covidicator?

Well, this IS the same chica who made the news in March with THIS story: Rhode Island Governor Orders Police, National Guard To Track Down New Yorkers

If she’s calling on the National Guard and local cops to track down New Yorkers over quarantine compliance, calling her on her hypocrisy seems like it should be perfectly fair.

She’s not half the badass — or leader — she thinks she is. If you want to see the real deal, check out this newest book release:

Your Group Sets Off A Bomb In The Senate Building – Bill Clinton Pardons You
January 16th, 2021 Sons of Liberty Media

If The Capitol Attack Was Pre-Planned, It Could NOT Have Been Incited By President Trump
January 16th, 2021 Conservative Firing Line

Is This Evidence That Sullivan (& Others) Showed Up EXPLICITLY To Trigger The DC Rioting?
January 16th, 2021 Clash Daily