Kids can be cruel — especially when there’s something that marks you as different. One kid’s dad got a creative solution to help his son cope with his ‘disfigurement’.

Strictly speaking, there was nothing wrong with the kid. Birthmarks are pretty normal.

This one was tough for the kid to live with. So his dad helped him out in a really creative way. 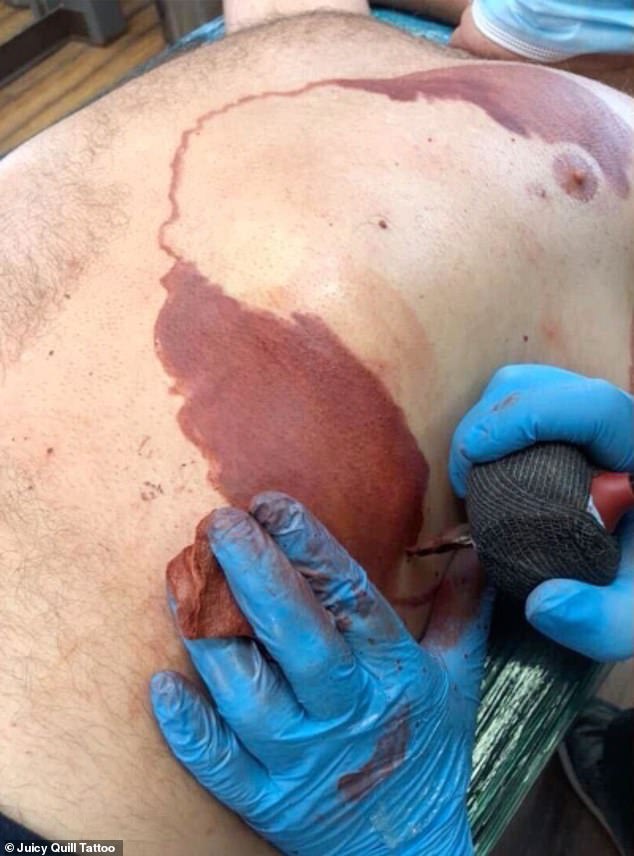 Derek Prue Sr, from Stony Plain, Alberta, noticed that his son Derek Jr was refusing to take his t-shirt off in the swimming pool.

Derek Jr was born with a large birthmark on his chest.

‘He was always proud of his birthmark and then I saw he started to kind of cover it up,’ Prue told SooToday.com.

‘I think he was maybe a little bit self conscious about it. I was wanted to get the same thing so he wouldn’t be the only one.’

Prue Sr went to Juicy Quill Tattoo as a secret, for the first of what would end up being nine sessions.

‘I thought it was going to be a one session kind of thing. But three hours turned into about 30 hours. So it’s been a bit of a process,’ he told the site.

‘The first sitting, I think, was close to four hours. And I didn’t really look to see what was going on.

‘So I thought at the end of four hours it was done. So I said, ‘Is it almost done?’ and he said, ‘I’m almost done the outline.” –DailyMail

The kid didn’t even know what his dad was up to, until… 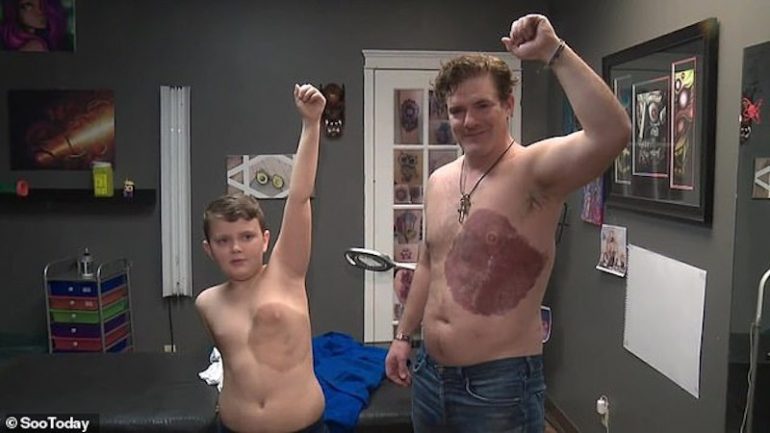 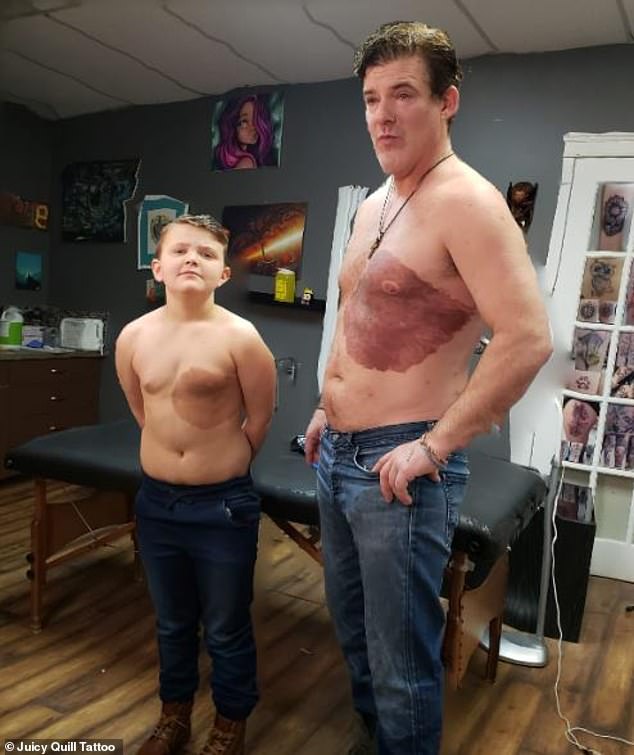 … until they went to a swimming pool together.

‘I just kind of took my shirt off. He was wearing his shirt. I showed him that I had the exact same mark as him,’ said Prue Sr.

In a family video, Derek Jr can be heard saying: ‘That’s cool!’

He then took off his shirt and played in the pool without it on – exactly what his dad was hoping for.

‘They don’t make fun of it, but they ask me sometimes,’ the young boy explained. –DailyMail

Who Do They Think That They Are Talking To?
January 15th, 2021 Sons of Liberty Media

Florida Congressman Calls Democrats out on their Hypocrisy
January 15th, 2021 The Real Side With Joe Messina

School From ‘Remember The Titans” Might Be Changing Its Name To ‘Kamala Harris High School’
January 15th, 2021 The Political Cowboy