After 4 years of eating Iran’s lunch, Iran is looking to snipe from the sidelines. Maybe they think Trump’s taken his eye off the ball. They are wrong.

It’s true that the President has a lot on his plate these days — but he’s been like that all his life. That doesn’t mean he can’t keep up with what needs to be kept up with.

It’s not like Iran’s dealing with Obama/Biden, after all, who bend over backward to appease their ‘supreme leader’.

The rocket attack this week did not go unnoticed. 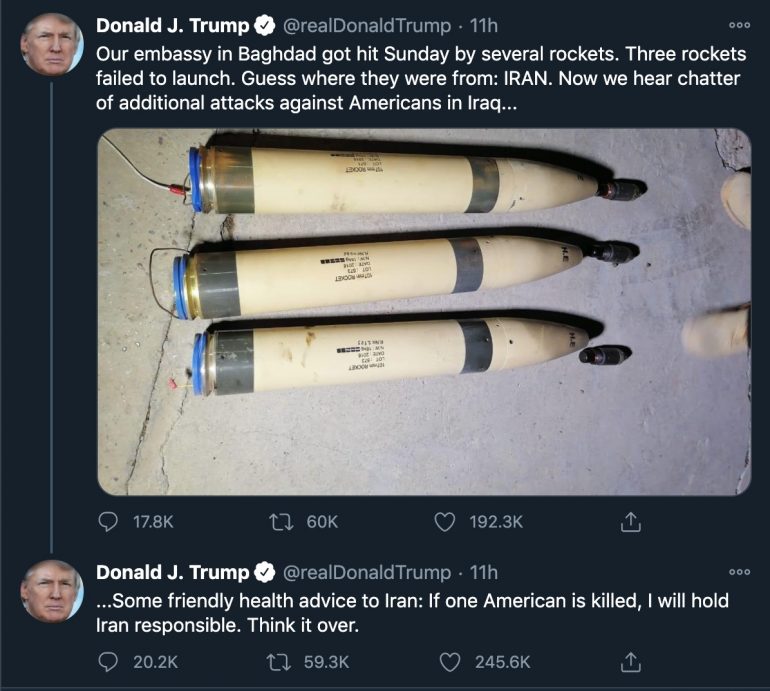 Gee, what could Trump possibly mean by that cryptic message?

What it could possibly mean…

Maybe Iran isn’t as badass as their iron grip on a nation lets them believe they are.