Is this the smoking gun that proves that the virus originated in the Wuhan Institute of Virology?

It’s one more bit of circumstantial evidence that points to that likelihood.

And there’s a lot of circumstantial evidence.

For an entire year people who said that the novel coronavirus might have originated in a lab in Wuhan, China was dismissed as a tinfoil hat conspiracy theorist. Now, even scientific and medical “experts” that were skeptics last year are admitting that the virus could have leaked from the Wuhan lab.

The Wall Street Journal, which cited current and former US officials, reported that the intelligence gathered by “an international partner” expands on a State Department document confirming that workers at the Wuhan Institute of Virology fell ill with symptoms “consistent with both Covid-19 and common seasonal illness” in fall 2019.

The officials were split on the strength of the intelligence, with one telling the Journal it needed more corroboration and another saying it was “of exquisite quality” and “very precise.” Both said the intelligence stopped short of confirming the researchers had contracted coronavirus.

Many health experts believe the coronavirus began circulating in the central Chinese city of Wuhan in November 2019. Authorities in Beijing date the first confirmed case to Dec. 8 of that year.
Source: New York Post

Even Dr. Fauci, who had dismissed the lab leak theory for a year is now saying that it’s plausible.

And you know why this happened, right? Because it’s no longer convenient to pin the blame on the President of the United States. After all, the Bad Orange Man with his mean tweets has been replaced with the Shambling Husk of Corruption who is beloved by all in the Corporate Media.

Trump was lambasted for calling it the “China virus” and for saying in April 2020 that the virus likely came from the lab in Wuhan.

Here is President Trump in April 2020 telling the world the virus likely came out of the Wuhan Institute of Virology pic.twitter.com/p7q0kQQdrv

Never forget that he said it and the Corporate Media didn’t like it so they discredited him and pushed Chinese propaganda instead.

Senator Tom Cotton (R-AK), who was the first Member of Congress to sound the alarm about the threat of a new “pneumonia-like illness” spreading in China in late 2019, appeared on Sunday Morning Futures with Maria Bartiromo.

He was lambasted in the Corporate Media for suggesting back in February 2020 that the virus may have leaked from the Wuhan Institute of Virology.

COTTON: The money that the NIH gave went to an American organization which turned around and gave hundreds of thousands of dollars to these Wuhan labs to investigate coronaviruses and yes, to find ways to make them more contagious and more dangerous. I think that there could be an example here of these public health bureaucrats thinking they know better, that they’re not going to answer to political oversight and accountability … and they went ahead with this research that could be very dangerous. That’s why it is imperative that the NIH come clean and tell us exactly what happened.

James Lindsay has mocked these people correctly using their own language because they absolutely deserve it.

We need a Critical Covid Theory!

To use the left’s language, the Lab Leak Deniers don’t want anyone to disrupt their “Trust The Experts In Bed With The Chinese Communist Party And Not Your Lying Eyes” hegemony.

It’s time to start calling this virus exactly what it is — the Wuhan Virus. Enough of this “COVID-19” B.S. It originated in Wuhan, China, most likely from the Wuhan Institute of Virology, and calling the damned thing “COVID-19” is propaganda to deflect criticism of the Chinese Communist Party who caused a global pandemic that has killed almost 3.5 million people all over the world — which doesn’t include the deaths from the famines of biblical proportions.

Look at what the Chinese Communist Party allowed to happen while covering their asses and lying to the World Health Organization. 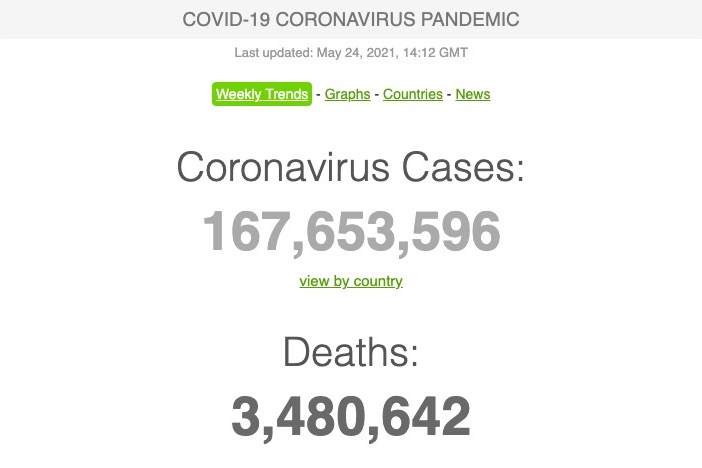 This damned virus has destroyed people’s lives, livelihoods, and education for a year and a half so far. We couldn’t bury our dead, visit our elderly, or educate our children. There has been a massive spike in mental health issues in children and teens including suicidal ideation, domestic and sexual abuse, and babies admitted to hospitals for head injuries.  Not to mention the massive toll on mental health and an increase in suicides during lockdowns. And in some places, this is still going on with restrictions harsher than ever.

The “medical experts” and the Corporate Media circled the wagons and were gaslighting anyone who said, “Gee, isn’t it weird that this brand-spanking-new virus that seems to be highly contagious in humans suddenly broke out in the same place where a P4 virology lab known for lax safety measures that studies bat coronaviruses is located?”

The idea that Covid-19 may have leaked from a lab in Wuhan, China has gained mainstream traction of late.

It can be easy to forget that, a little over a year ago, the idea was derided as a vile, senseless conspiracy theory.

In another piece in 2020, @nytimes concluded that “most agencies remain skeptical” and “scientists are dismissive” of the lab leak theory. Unfortunately, appears that was certainly true, but not to their credit.

Yet another story continues to describe the idea as a conspiracy. pic.twitter.com/XbSi4pmXzQ

And @CNN was content to be used as a conduit for Chinese propaganda on the subject, too, seemingly trusting a dishonest autocratic regime at their word.

Giving free airtime to a hostile power’s propaganda should be indefensible. pic.twitter.com/T9foHJ4mdD

@jaketapper also took a shot at @SenTomCotton, sharing an interview with an expert that Cotton’s views were something that he “put in the conspiracy theory bucket.”

When do we get to revisit this? pic.twitter.com/hRtG7XnyU8

@NPR might’ve been the most dismissive, running stories on back to back days suggesting there was nothing to the allegations & that scientists “debunk[ed]” & “dismiss[ed]” the idea of an accidental release.

They were, in retrospect, entirely wrong, but memoryholed these pieces. pic.twitter.com/JGYatFMSts

Perhaps the worst offender, though, was @washingtonpost who, in January of 2020, said that @SenTomCotton’s concerns about a potential lab leak in Wuhan were “fanning the embers of a conspiracy theory that has been repeatedly debunked by experts” (!!!) pic.twitter.com/eIj03VpQ3K

This from @politico is precisely the type of amnesia that infects reporting like this.

Two months ago, they were lamenting how warnings and concerns about bat research had been ignored.

A year before that, they chalked concerns about the Wuhan lab up to “conspiracy theories.” pic.twitter.com/J1PkKnI6Db

@NBCNews leaned into this same framing, referring to the idea that the virus could’ve originally come from the Wuhan lab as a conspiracy theory/misinformation.

@business apparently heard about the concerns tied to the lab, asked the lab run by communist autocrats if they were responsible for loosing a pandemic on the world, and when they (unsurprisingly) said no, Bloomberg reported it as fact. @forbes did the same. pic.twitter.com/zcARwHe8dt

I don’t have much space for blue checks because the media coverage to me is the bigger point here. But I did want to point out that lots of Twitter doctors & professors (potentially the same ones quoted in these pieces) were saying the same.

Events like this do infinitely more to undermine America’s faith in experts and the media than anything Trump could ever do or say. And it’s all both self-inflected and avoidable.

But too many people can’t seem to help themselves. And whole industries suffer as a result.

This situation had many of the classic elements of bad reporting of late: uncritically trusting dishonest sources, rushing to a conclusion because it would hurt President Trump, media circular logic.

And it had an unsurprising result: a huge & quickly memoryholed media failure.

Also this seems like a good place to re-up this take of mine from April 2020, so long as we’re talking about the ways that tweets age: https://t.co/n5djUaYTIG

These people have been covering for the Chi-Coms for a year and a half and discredited anyone who dared raise questions about a lab leak as “conspiracy theorists.” It turns out that they were the conspiracy theorists blaming America for China’s failure to contain a virus. Thanks, ChiAnon, for exposing exactly who and what you are.