The internet is the new public square, where people can freely speak their mind — until you cross the politics of the left. Then there are a dozen creative ways to punish you into silence.

Just ask the pro-life group that was given 24 hours’ notice that their site would be going dark because they stood on the wrong side of the political battle heating up over the one ‘sacrament’ truly important to Democrats — abortion.

GoDaddy — a seller of internet domains — will no longer provide hosting for “ProLifeWhistleblower.”

We’ll save you the trouble of visiting the site. Here’s what you see if you go there. 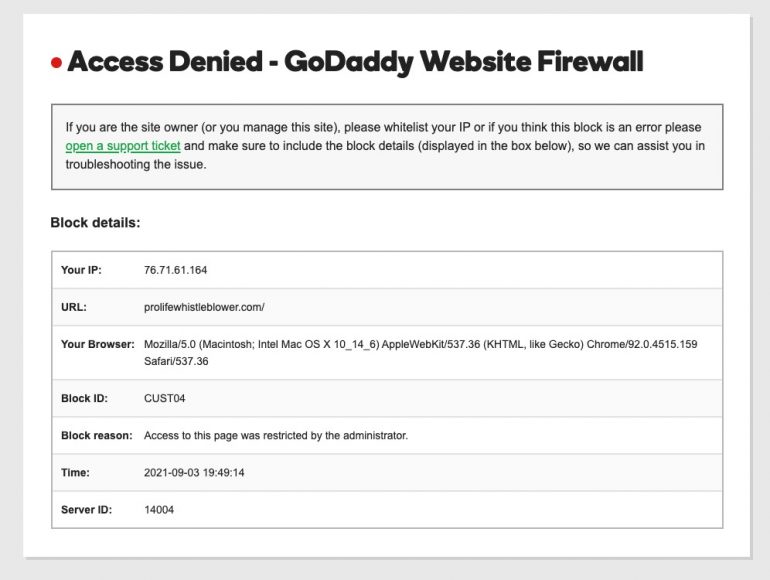 A bogus version of the same site was set up under the same name with a different extension, hijacking the pro-life name to push the pro-abortion message.

The knock-off site, as you can see, is still active. 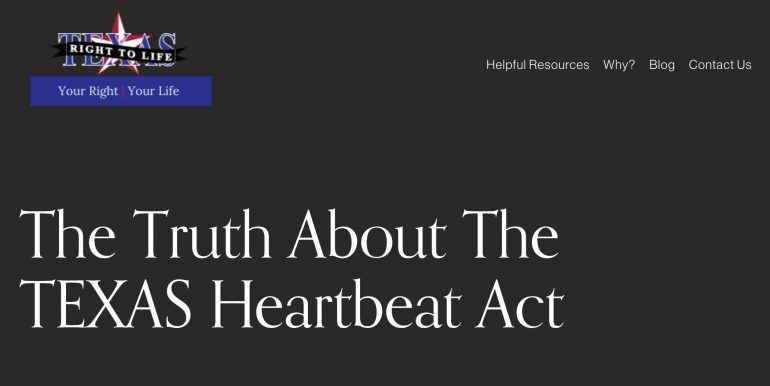 The bogus site is there as deliberate disinformation, per the page’s own messaging, and encouraged that fake forms be filled in on the original site. 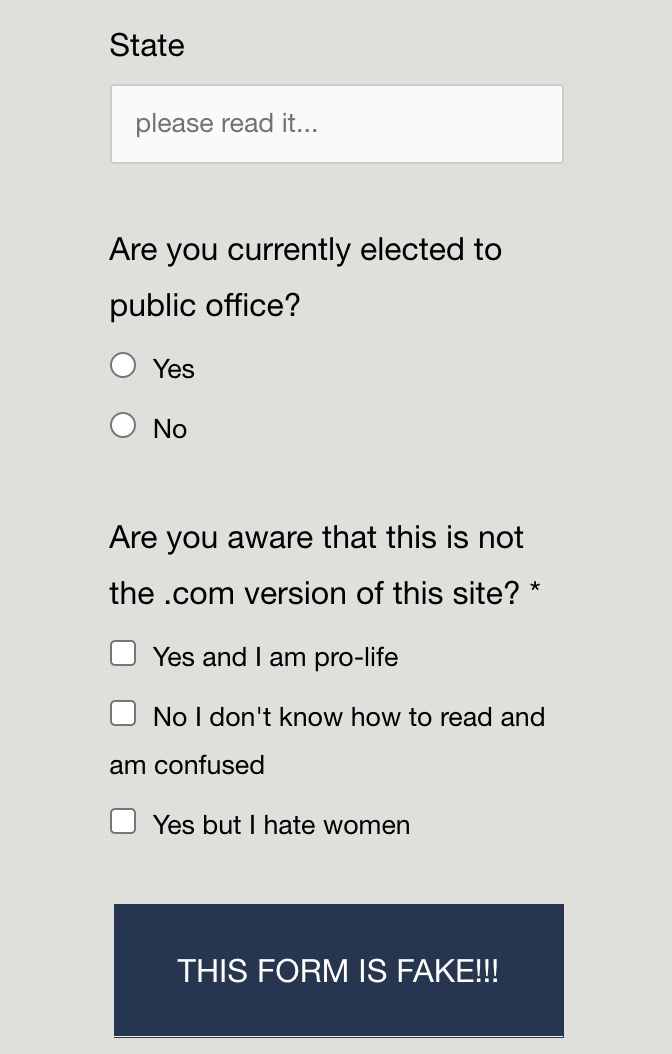 The site GoDaddy was upset with was set up by Texas’ largest pro-life activist group. As you can probably tell by screenshots from the bogus site, they provided a form in which anonymous tipsters could report abortions that would be in violation of Texas’s new heartbeat law.

The website, prolifewhistleblower.com, which was set up by the group Texas Right to Life, was designed to help carry out the new law. That’s because the law places enforcement not in the hands of state officials but with private citizens, who are deputized to sue anyone who performs or aids an abortion in violation of the law.
Tips about the law’s potential offenders quickly flooded into the website, which features an online form so people can anonymously submit reports of those who are illegally obtaining or facilitating abortions. —NYTimes

TikTokers, coders and others piled on with all sorts of tactics to harrass and make their project ineffective, in particular, by spamming it with bogus tips.

Others on Twitter called for a boycott of GoDaddy, the company that hosts the Texas Right to Life tip site. They claimed the site violated GoDaddy’s rules that prohibit customers from collecting or harvesting nonpublic information about anyone without their “prior written consent.”
GoDaddy said late Thursday that it had given Texas Right to Life 24 hours to find a new hosting provider before cutting off service.
“We have informed prolifewhistleblower.com they have 24 hours to move to another provider for violating our terms of service,” Dan C. Race, a GoDaddy spokesman, said in an email. —NYT

This is exactly the sort of leftist coordination that ripped Trump (and others) out of social media, and tried to destroy Parler.

The Right is starting to wake up to this, and building parallel networks of their own — hosting, social media, payment processing etcetera. Because it only takes one weak link in the chain — like Amazon’s Monopoly on the use of the Cloud, or credit card companies cancelling accounts for political reasons (see: General Flynn) to take down a system.

If we’re serious about taking the fight to them, and pushing back in the culture war, we on the right will need ot make ourselves ‘uncancellable’ so that we can be free to say what needs saying without our platforms going dark.

We need to develop and remote an entire service chain that is dedicated to free speech across the political spectrum and impervious to the left’s boycott intimidation tactics.

The ball has already started rolling, with some websites, some hosting options, Rumble as a rival to Youtube, and a variety of social media apps, but we need to keep going.

We can do the same with the arts, too. Just like the conservative company DailyWire scooped up Gina Carano for an upcoming full-budget feature film when she found herself blacklisted from Hollywood.

It will take a little vision, imagination, and skin in the game… but we can do this … if we have the will to do so.