To quote Libs of Tik Tok, “What the hell is going on in these schools?!”

Libs of Tik Tok posted screenshots of internal messages from a fourth-grade public school teacher in Austin who was very upset that the week-long Pride event held in the district just wasn’t enough.

The teacher used a leftwing buzzword-salad while saying that in her class of 32 students, 20 of them have “come out” to her to identify as one of the ever-expanding Alphabet Acronym community. As a reminder, students in the fourth grade are around 9 years old.

The teacher was upset that the “Wellness Walk” wasn’t labeled a Pride parade.

“The first Pride parade was a riot,” she wrote. “It is just not enough to ‘welcome,’ ‘love,’ and ‘celebrate’ Queer folx. Your allyship should always lead to your activism.” 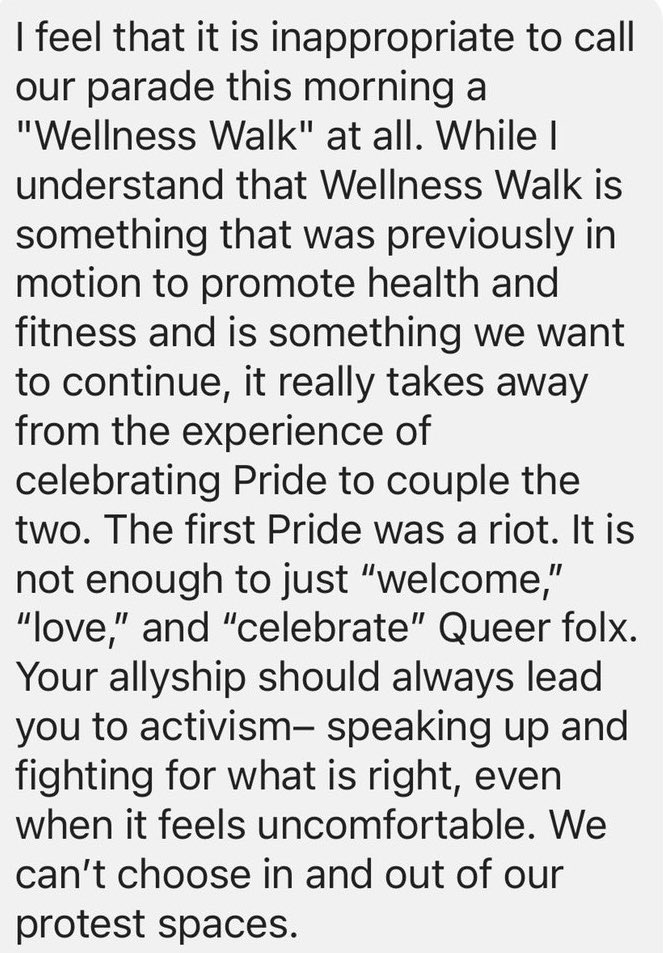 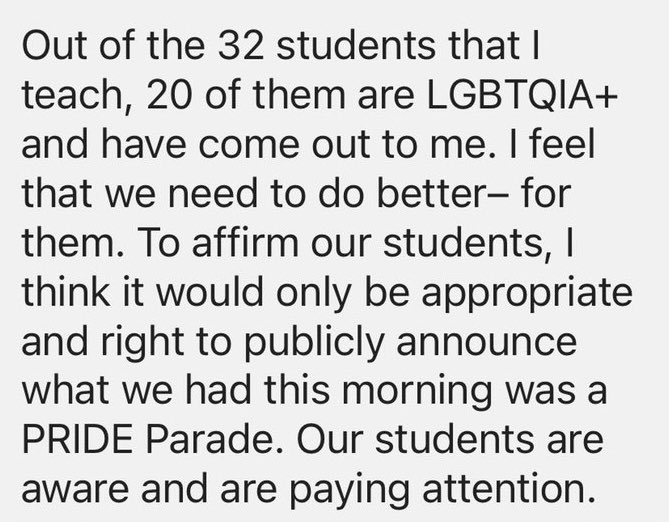 It’s a matter of time before I get suspended. Never know which post will be my last. If you want to make sure you keep receiving my content, go to the link under my bio and sign up for my email list. I’ll publish some exclusive stuff for email subs, too. Thanks for your support!

I’m sorry… how many kids?

These are impressionable children that are “coming out” to a teacher that must be pushing this to her students. If she isn’t, how do you get 62.5% of one classroom to identify as “LGBTQIA+”?

Do you wonder why these activist teachers are being called groomers? This is why.

As often happens, one random anonymous Twitter user hit the nail on the head. Twitter user takTIX wrote, “These kids are taught now it’s coolest to be in the rainbow club. Pop culture, education, corporate marketing… they’re all grooming kids today. It’s no longer sexual orientation, it’s all about social identity. Kids want to be in the clique that gets it’s own celebratory month.”

These kids are taught now it's coolest to be in the rainbow club. Pop culture, education, corporate marketing… they're all grooming kids today. It's no longer sexual orientation, it's all about social identity. Kids want to be in the clique that gets it's own celebratory month.

Kids want praise and they see that it’s very cool to be accepted as part of a group. But don’t bring up “social contagion” or the activists will try to silence and “cancel” you as they did with Dr. Lisa Lippmann who coined the term “Rapid Onset Gender Dysphoria” and Abigail Shrier the author of “Irreversible Damage.”

There are some teachers out there who want kids to embrace some sort of weird sexual or gender identity before they can truly comprehend what that means for their lives.

This is why the left has lost their freaking minds over Florida’s Parental Rights in Education legislation that they’ve called the “Don’t Say Gay” bill even though it has nothing to do with the LGBT — it’s about age-appropriate instruction on sex and gender in public schools.

And while we’re on the topic of grooming kids… let’s not forget that there are teachers that actually do groom students to abuse them.

Democrats, unsurprisingly, want to end the tracking of pedo teachers.

So, while close to two-thirds of the class is identifying as part of the lauded and celebrated Alphabet crowd, how are the test scores in Austin?

The Austin ISD schools boast an average math and literacy proficiency higher than the state average, but it’s still only around 50%.

It looks like there was a drastic change between 2017 and 2018 where math and literacy scores dropped off a cliff.

And yet, Austin ISD is in the top 30% of schools in Texas.

Is this something to be proud of?

We have always known that public schools indoctrinate children — we’ve seen it from the rewriting of history to cherry-picked science. But this is screwing around with the identity of a child and how they view themselves. This is far more dangerous than the 1619 Project.

You’d better be a prayer warrior for your kids and grandkids because the activists are working overtime in public schools pushing this on your kids before they can really understand what it means.